Skip to content
Home » Music » JJ Rosa: Where Is The Mercy

JJ Rosa is one of those rare and wondrous performers that find their way into music every decade or so. We are blessed. For she is real; she is beautiful; a voice that exudes soul; the mind to write infectious songs and hands that play some mean guitar like some unorthodox lovechild of Nile Rodgers and Prince Rogers Nelson.Born in Stockport, but now based in London, JJ’s affair with music started at seven, playing piano and singing ‘Happy Day’ in her theatre school choir, through to discovering her dad’s Jimi Hendrix vinyl collection and pursuing her own relentless addiction with a Fender Stratocaster. JJ is now rightfully getting herself a great name on the live festival circuit, having opened for Stevie Wonder at London’s Calling Festival and performing at The Great Escape, Glastonbury, Isle of Wight, Secret Garden Party and Festival No.6. She’s also performed in New York, around Europe, and was asked to play at Fender’s 60th Stratocaster Anniversary, of whom she is a worthy ambassador. 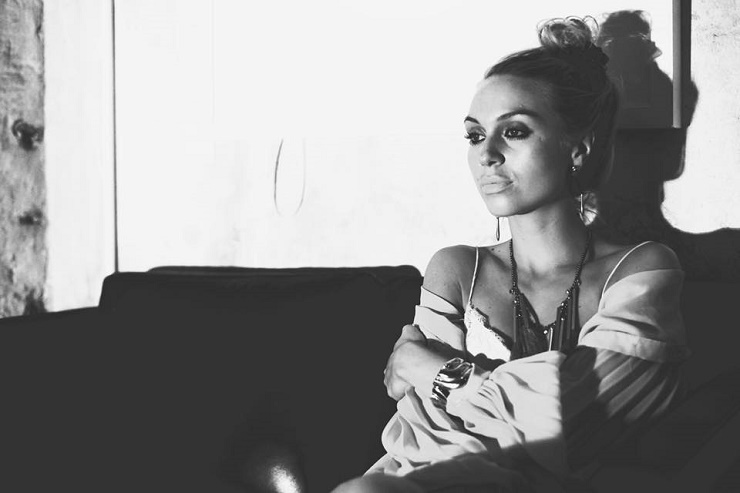 Imagine Prince as a woman… Imagine Jimi Hendrix through the prism of Amy Winehouse, dressed in the sequins, feathers and cat-suit finery of a 70’s Diana Ross. She’s here already: the musically explosive, vocally dynamic, sex-groove, sleaze-blues rock ‘n’ soul force of nature known as JJ Rosa. Scheduled to release her debut single ‘Feel Loved’ on Nov 18th, JJ is well n’ truly ready to make her mark and confidently following in the Funk-Pop/Disco footsteps of the likes of Prince and Nile Rodgers. JJ is now an official Fender artist and part of Select Model’s Special Bookings. Earlier this summer JJ and her band opened for Stevie Wonder at The Calling Festival, topped with a full page spread in the official Glasto magazine, for what turned out to be a completely packed out tent with a double encore! A female lead electric guitarist with such distinctive soulful pipes is hard to come by so there’s no denying that JJ is some what of a revelation! With an exceptional band providing a groove heavy, beat banging foundation, JJ and her boys are creating one big hard hitting catchy pot of insanely addictive music!

JJ Rosa: Where Is The Mercy

JJ Rosa: Where Is The Mercy Lyrics: