Jimmy and the Mustangs is an American roots rock band fronted by Jimmy Haddox. Emerging from the Punk Scene in Southern California during the 80’s, Jimmy and the Mustangs played their first live show to a sold out audience opening for the renowned all girl band, The Go-Go’s. At the time, the band’s “root’s music” was fueled by fury driven; gut wrenching guitars, not unlike their punk contenders of that era. As the band progressed, a more definitive sound began to evolve and Jimmy and the Mustangs carved out a style of Rockabilly and Swing unlike any other band in Los Angeles at the time. World famous Hollywood Nightclubs like The Whiskey, The Roxy and The Starwood began booking Jimmy and the Mustangs as an opening act for L.A. bands such as X, The Blasters and Los Lobos as well as touring bands such as Chuck Berry, The Stray Cats and Joe Ely, just to name a few. It wasn’t long before Jimmy and the Mustangs were headlining the same clubs with sold out shows of their own. 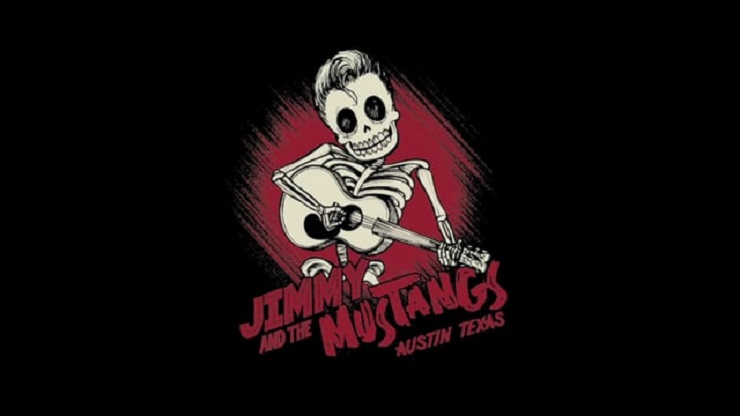 In a 1982 Los Angeles Times review of their sold-out Roxy show “filled with quiff-headed rocking cats and their petticoated kittens”, the group was described as “not just a band. The Roxy show featured a full-scale production number, complete with guest musicians, guest singers” and others. Not long after being hired by Robert Plant of Led Zeppelin fame to perform at his own private party, the band was sought out by Bruce Springsteen who joined them onstage. An East Coast Tour followed. Upon returning home to L.A., the band received its first record deal with Vanity Records, which sold an excess of 40,000 copies. Television and Movie appearances followed. A self-titled E.P. was released on the Curb/MCA label and included the song “Justine” which was made into a video and received play on MTV (back when it was cool). Jimmy has a new lineup and is playing to great audiences throughout Texas. Look for exciting things in the coming months.

Jimmy and the Mustangs: Cherry Bomb