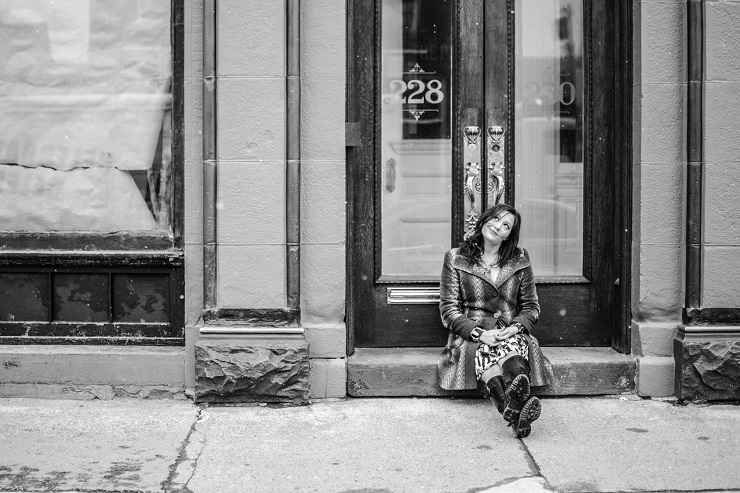 The heartening result of her triumph over self-destruction, “Judgement Day” is the forceful and raucous new single from Brooklyn-based singer and songwriter Jess Labus.

Fun, honest and sometimes shocking, Jess Labus sings it like it is. Power pop with substance sung by a sweet and smokey sounding song bird that you can’t take your eyes off of.

Born in Hollywood, Florida and raised in Western New York, Jess began writing music at the age of 14, sighting the Temptations and Janis Joplin as childhood muses. At age 18 Jess moved to NYC to attend AMDA, majoring in musical theater but after an acting role as a funeral home attendant left her contemplating life and death Jess began to perform in the NYC bar and club scene at venues such as the Bitter End and Rockwood Music Hall. In 2009 Jess released her first album, Mirrors and since 2010 she has been a featured and background vocalist touring with the Zak Smith Band while steadily playing as a solo act on the east coast.

When you listen to Jess play it shouldn’t surprise you that she touts Jewel and Alanis Morrisette as her influences. You can hear the definite impact of the Lillith Fair generation, yet the originality and rawness of Jess Labus’ lyrics set her apart from her predecessors. Singing about relationships, sobriety, depression, domestic violence and dating, her lyrics bring to life what is spoken about behind closed doors on therapist couches. However, even with the depth of the content, Jess manages to make it humorous and light and you’ll be humming the tunes all the way home.

Her most current and pressing project is the launch of her newest EP The Realest, which she successfully funded through a Pledge Music Campaign. This collection of songs is an illustration of “my downward spiral in New York City, the darkness of it all, and my recovery, this total turn around and second chance I have after going through a time I thought would never end.” explains Jess. The album marks a new chapter in Jess’s life and she is elated to invite her friends and fans to join her on this journey by becoming involved with the album.