Jenny Gabrielsson Mare is a Swedish indie vaudeville jazz pop artist. Her music is sensual, beautiful and theatrical, flirting with darkness, hope and drama. Born in the north of Sweden she claims the cold climate, the dark winters and the midnight sun has made her expression dramatic. Gabrielsson Mare has released three soloalbums plus one album and one EP with the indie-electronica duo White Birches. In November 2016 Jenny’s third album “Comb the Wicked” was released. In October 2014 she spent a month alone in Brooklyn writing songs for a new album. 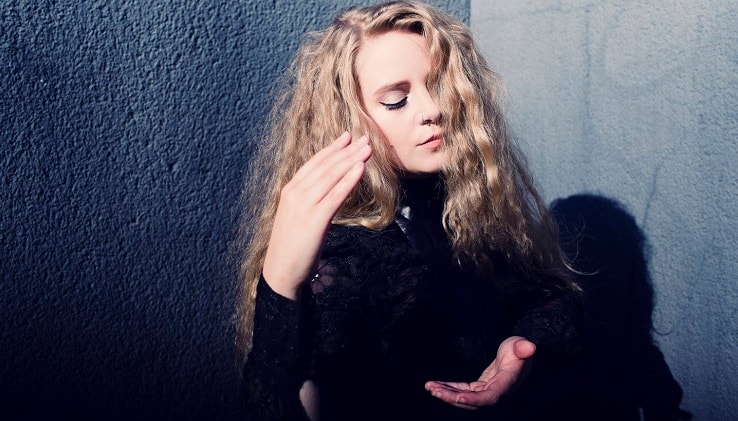 The songs are inspired by the atmosphere in Brooklyn; from industrial noise to gospel and the songs are based on voice, piano, organ and percussion.
In the recording process she is collaborating with amongst others the great cellist and arranger Emeli Jeremias and legendary percussionist Michael Blair who have played with some of the greatest like Tom Waits and Lou Reed.

In april 2015 White Birches debut album “Dark Waters” was released with good reviews both in Sweden and internationally and was nominated for best synth-album at the Swedish “indie-grammy” Manifestgalan. White Birches also participated with a previously unreleased track on the collection Not So Cold “A Warm Wave Compilation” by Tacuara Records. In 2014 White Birches released a first EP entitled “Stands of White Birches”. In februari 2013 Jenny Gabrielsson Mare released her second solo album “The Ritual”, exploring the darker side of human behavior in form of dreams and unwanted desires. Including the Twin Peaks inspired single Black Lodge. Inspired by the works of Lynch, Hitchcock and late night jazz clubs she invited jazz guitarist Hans Olding to write string and horn arrangements.