Janice Prix is the result of four guys who dared to dream big in a small Swedish industrial town called Trollhättan. What was it like growing up in Trollhättan? Well, Lars von Trier filmed his end-of-the-world drama Melancholia there. It’s hardly a breeding ground for dance-friendly pop bands. The town’s bleak atmosphere has fed into its music scene, mostly dominated by punk, metal and hardcore. Richard Henry (vocals, guitar) and Viktor Kivi (guitar, vocals) were likely to follow a similar direction until one day they discovered their parents’ comprehensive ‘80s synth-pop and new wave vinyl collections. “We knew that starting a pop band in Trollhättan would be a suicide mission, but we had to do something different. We wanted to move people, both literally and figuratively.”

MK (bass, vocals) says, “We wanted to rebel and to provoke by being different, by being pop. Our initial demos spread around like wildfire, followed by rumors that we were posers or fake or too artsy.” Their narrow-minded antagonists in the local music scene weren’t at all shy about demonstrating hostile resentment towards Janice Prix. “Sometimes our door at the rehearsal building would get covered in graffiti, boot marks, spit and other bodily fluids,” recalls MK. The high point (or is it the low?) of this passive aggressive campaign against Janice Prix occurred one day when the band was returning from lunch only to discover their fake obituaries nailed to the rehearsal room door.

Luckily, the band didn’t take this as a serious threat, but rather as a sign that they were doing something right. They were making people talk and react. Of course, the majority of the reactions were positive and encouraging, but as drummer Victor Hillström puts it, “we were more excited about the negative feedback”. Their upcoming studio-recorded 4-track EP is about to make waves in the pop world, and if the video for their first single Heart is any indication, Janice Prix seem poised to be loved and hated, but never ignored. Actually, much like a certain above-mentioned filmmaker. And they wouldn’t have it any other way.

Janice Prix – Heart Lyrics:
‘The sunrise reaches your face, and you’re begging me to stay.
But I don’t want this anymore, only one of us hurts when we fall.

When my heart is dying, you’re not trying.

The times we had, the times we shared, they mean nothing to me now.
I hope you realize that we’re through, I could never be with you. 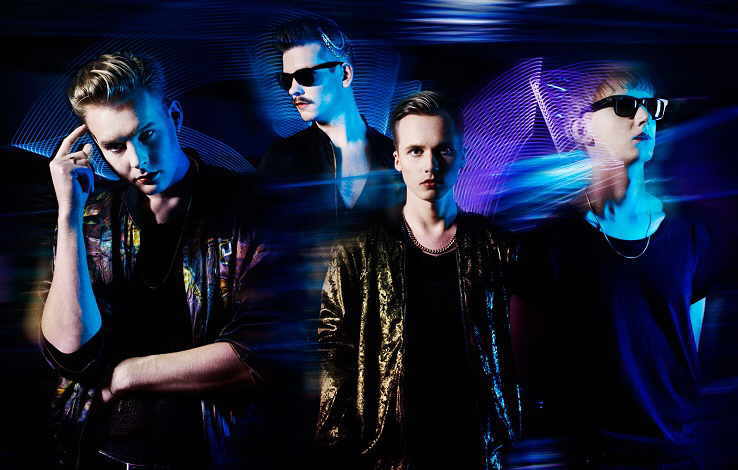