J Appiah’s pointed observational songwriting stems from a lifelong fascination with people on both microscopic and macroscopic levels. Having finished a degree in Social Anthropology, observation is something that has always informed and given shape to his creative and interior life. “People bring colour to life and life is at the heart of everything” he writes. Musically, Appiah finds kinship with his listeners. The act of creating music for Appiah is the art of finding and conveying possibilities, in lyrics and in music, to feel human and alive in a metropolitan environment that can often seem cruel, disorientating, and larger than us. Music is our common escape, and from the moment the listener presses play Appiah lets us know that we’re not alone. Raised on an early diet of whatever records he stumbled across in his estranged father’s vinyl collection, J decided from childhood that music would be his outlet. Learning his musical chops after enrolling in a local saturday music school, his eclectic tastes were given a fertile environment in which they could grow. 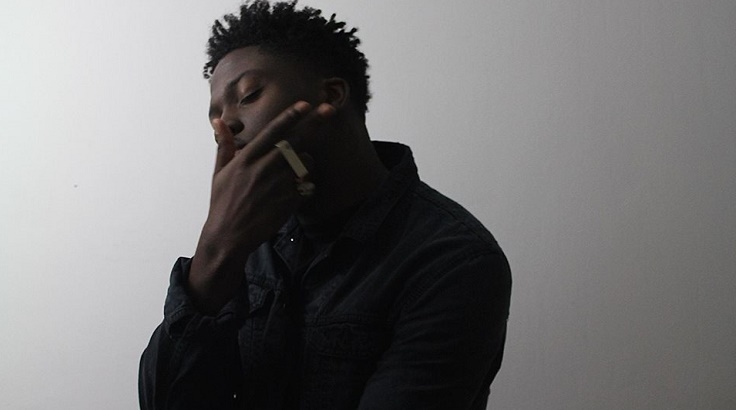 The sonic poetry of Bob Dylan, Stevie Wonder, D’Angelo and James Blake converged here, and later, the cultural environment of Hackney and the UK hip hop scene sculpted him into the mature artist he is today. Whether lost in the ineffable emotive range of a Daddy Lumba record or finding an outlet for his aggression in the fierce bars of D Double E, Appiah is a cultural magpie, absorbing all that glimmers in his own taste and channelling what he’s learned into his raw songwriting. J has also lent vocals to Jess Glynne, immersed himself collaboratively in Damien Lazarus’s Ancient Moons project on Heart of Sky, and featured on Michael Kiwanuka’s Out Loud live album. His last project ‘Travelight’ received great support from the industry and it’s anyone’s guess where this inimitable new artist will go next.

That J Appiah is reaching the height of his game sonically is already apparent from only a cursory listen to ‘Calling’. His primary vehicle of melodic expression is his voice, and coupled with his disciplined and cinematic use of dynamics, he cuts an assertive figure at this early stage in his career. It’s this assertiveness that’s led him to work consistently against the grain of pop culture ephemera, in it for the long haul rather than a momentary flash in the pan. ‘Calling’ is a song to comfort the disturbed and to disturb the comfortable. Based on his experiences working for a homeless charity, it is a humble negation of himself: our story is his story. It is about the mind-made traps that people from all walks of life are prey to as they navigate the complexities of life; it is about the need we have for relief, from a pain we can’t always identify; and it is about the pursuits or the vices that become our salvation or our damnation.