Sometimes you have to step back to move forward. Coming to that realization—let alone taking that crucial first step—can be a daunting endeavor. Now on the other side of a self-imposed four-year hiatus, India.Arie returns with the most illuminating album of her career. SongVersation (Soulbird/Motown, June 25) reunites the Grammy-winning singer/songwriter/producer with longtime writing partner/co-producer Shannon Sanders. Recorded in Atlanta and Los Angeles, India.Arie’s fifth studio album features additional production from singer/songwriter David Ryan Harris and songwriter Michael Ruff. The result is a compelling snapshot of her hard-won breakthrough to simultaneous personal and artistic growth.“This is where I’ve been for the last four years,” reflects the singer. “I’ve struggled most of my career to feel comfortable with how things were, how I was treated, the politics of the music industry. I needed to pull back from the public eye to ground myself and rebuild my life and career. It’s a process many of us go through: spiritual maturation, spiritual awakening, clearing out the old and starting anew.”Her inner renewal pulsates throughout SongVersation, starting with lead single “Cocoa Butter.” The mid-tempo groove and image-rich verses mirror the soothing balm that is the song’s namesake. “Your love is like cocoa butter on my heart … \ I show you my burns \ you show me lessons learned,” sings a re-energized India.Arie.The singer exudes quiet power on the non-apologetic “Life I Know” as well as the empowerment-themed “Just Do You.” With its spare instrumentation, honest and engaging lyrics framed by melodic R&B, SongVersation finds India.Arie coming back full circle to the basics that captivated a global legion of fans on debut album Acoustic Soul. But underscoring those basics now is a fervent spirit born out of epiphanies, health imbalances and hard decisions that occurred over the past four years.

India explained with Neal Conan on NPR’s Talk Of The Nation how the actress Cicely Tyson inspired the song. “I went to South Africa for the opening of Oprah’s Leadership Academy,” she said, “and among a slew of other amazing people, Cicely Tyson was there, and she pulled me to the side, and it was like a fantasy, like I want to talk to you, because I love her. And she imparted wisdom to me, like, very intentionally, like you, come here.” “It changed the way I see myself,” India continued. “It changed the way I see myself as a performer, and it changed the way that I understand just how life goes. Like, things hurt, and it’s meant to. It’s part of the human condition. You know, you live your life trying to avoid being hurt and avoid feeling pain, and it’s not really – you don’t want to run into it, but avoiding it is useless. But she made me really see. She really opened my eyes.” Songfacts®.

India.Arie – Break The Shell Lyrics:
I met a prophet dark as the night
She could see into my soul
Said she’d been watching and had some advice
She said shadows make you whole
A life without pain is a wolf in sheep’s clothes
Cause if you listen to the lessons that it holds
You’ll find the gold

I can remember when I was a child
How the grown folks seemed so crazy
Why are they so angry, why are they so loud?
And when I grow up that’s never ever gonna be me
That was the moment that I decide
That I would build a wall just shy of six feet tall
Too strong to fall

(This is your life)

Do with these words what you will
It’s time for us to be for real
You’ll be stuck on the ground until
You finally break the shell. 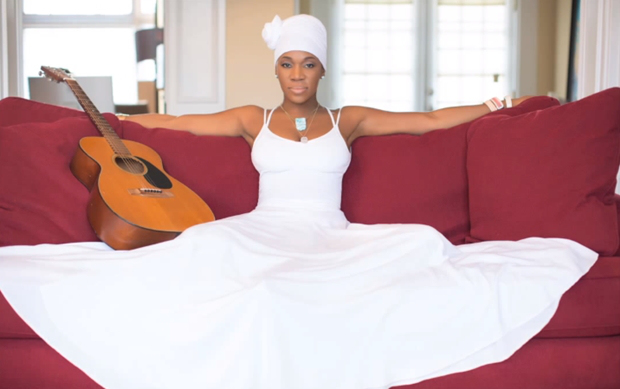