“In a Lonely Place” is a 1950 film noir directed by Nicholas Ray, and starring Humphrey Bogart and Gloria Grahame, produced for Bogart’s Santana Productions. The script was adapted by Edmund North from the 1947 novel In a Lonely Place by Dorothy B. Hughes. Bogart stars in the film as Dixon Steele, a cynical screenwriter suspected of murder. Grahame co-stars as Laurel Gray, a neighbor who falls under his spell. Beyond its surface plot of confused identity and tormented lust, the film is a mordant comment on Hollywood mores and the pitfalls of celebrity and near-celebrity, in much the same vein as two other more widely publicized American films released that same year, Billy Wilder’s Sunset Boulevard and Joseph Mankiewicz’s All About Eve. Wikipedia®. 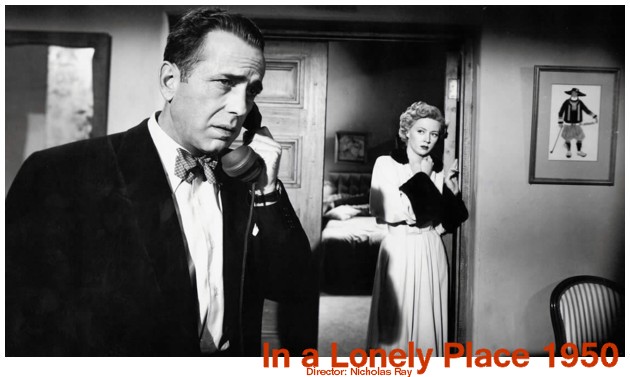 Screenwriter Dixon Steele, faced with the odious task of scripting a trashy bestseller, has hatcheck girl Mildred Atkinson tell him the story in her own words. Later that night, Mildred is murdered and Steele is a prime suspect. His record of belligerence when angry and his macabre sense of humor tell against him. Fortunately, lovely neighbor Laurel Gray gives him an alibi. Laurel proves to be just what Steele needs, and their friendship ripens into love. Will suspicion, doubt and Steele’s inner demons come between them? 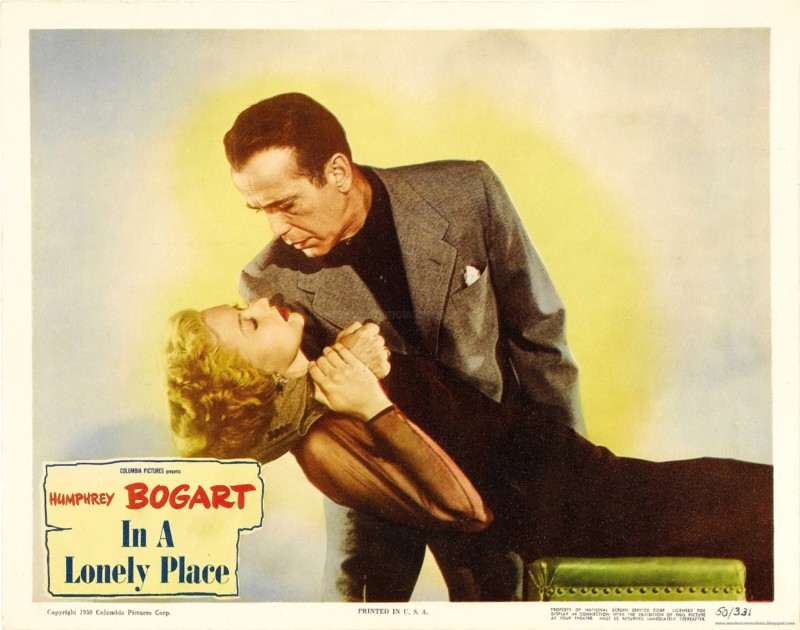