Recently travelling to Sydney to record at legendary studio Alberts with highly regarded producer Jean-Paul Fung (Last Dinosaurs, Glass Towers, Olympic Ayres), I Know The Chief walked out with their new single ‘Stay Coloured’. Described as a ‘tropical frolic through an exotic disco-jungle’ (hillydilly.com), Stay Coloured will ‘make your body move in ways you have never moved before’ (Jean-Paul Fung). This band from Australia consists of Benjamin Williams (Vocals/Keys), James Freeman (Guitar), Josh Milgate (Bass), Jesse Drummond (Programming/Keys/Guitar) and Jackson Gray (Drums/Percussion). Their latest single “Stay Coloured” is a feel good single that will have you wanting more from the Melbourne based group.

I Know The Chief – Stay Coloured 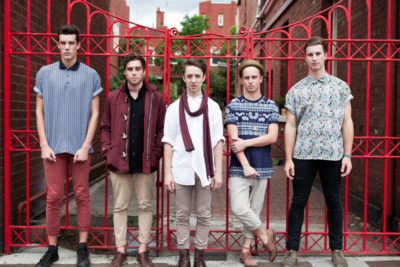