Hydrophobia is a survival-adventure video game developed and published by Dark Energy Digital for Microsoft Windows, the PlayStation 3 and by Microsoft Studios for Xbox Live Arcade. The game was released for Xbox Live Arcade on September 29, 2010 as part of Xbox Live’s ‘Games Feast’ promotion, marking the first of three episodes. The PC version was released on May 9, 2011. The PlayStation 3 version was released on November 1, 2011 in North America and November 2, 2011 in Europe. The game’s engine, HydroEngine, provides realistic fluid dynamics technology for flowing water, allowing it to interact with the surroundings. The levels in the game were designed using InfiniteWorlds; a game creation system which uses bespoke procedural technology to significantly reduce file sizes, decreasing the overall file size of the game. Hydrophobia was met with a mixed reception, with an aggregate score of 59/100 on Metacritic and 61.43% at GameRankings. Reviews have been polarized, ranging from a 20% approval to 90%. Reviewers generally praised the game’s dynamic water system, but felt the game was too short and repetitive. The developers released a title update on December 21, 2010 addressing the complaints from feedback and reviews. Wikipedia®. 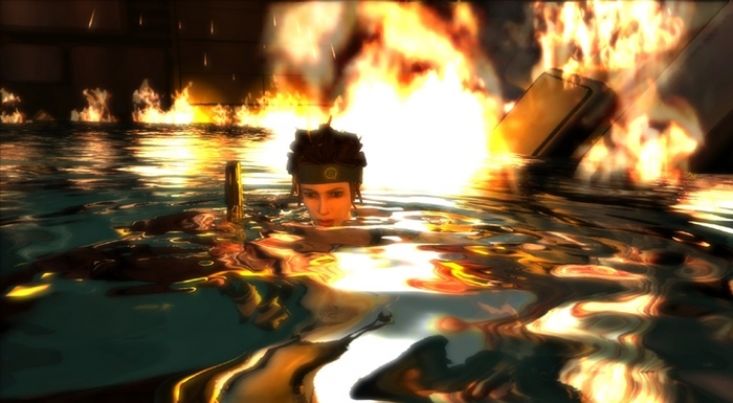