Hopie is not your average rapper. No, really. Her July 2008 debut album, “The Diamond Dame”, immediately earned her a nomination for URB’s Next 1000 and a coveted slot at Guerilla Union’s Paid Dues Music. Then, Hopie did a 180: She went on a musical hiatus to get her juris doctorate from the prestigious U.C. Hastings law school, emerging only to release videos and a T-shirt series with popular streetwear brand, Adapt. Then, immediately upon graduation, Hopie released back-to-back projects, “Dulce Vita” and “Raw Gems”, in 2011, along with a string of impressive music videos. Now, as the ink on her diploma dries and Hopie takes the bar exam, she releases her fourth album, “Sugar Water”. After 3 albums with longtime producer and friend 6Fingers, Sugar Water is Hopie’s first project featuring production from various notable hip hop producers, such as CHOPS, Cutso of The Bangerz, REL, and WooStaar, as well as live drumlines, live basslines, guitar chords, and trumpets. The result: Some of Hopie’s most dynamic and intimate lyrics artfully embrace a thorough collection of beats. Sugar Water truly showcases the growth of this intensely creative hip hop artist. This album is not to be missed.

Hopie and her crew that includes Ruby Ibarra spend the day smoking, drinking and laughing until a cop played by director David Dutton breaks up the party. The school-skipping rebellion is all a part of her concept to dedicate a “Love Song” to the young lost ones. 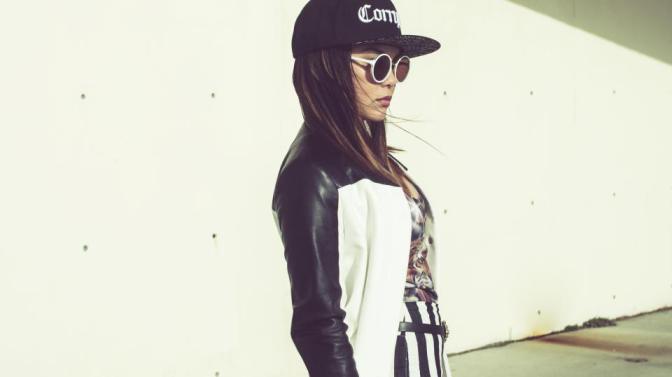