With her third album release imminent and tickets for a 20-date international tour selling fast, Hollie Cook drops a fresh single and remix package lifted from ‘Vessel of Love’. Having already picked up support online from Refinery 29, Afropunk and Mass Appeal for her heavily rotated summer hit ‘Angel Fire’ and the double-sided heartbreak anthems ‘Survive’/’Freefalling’, the West London native shows another side of the album’s theme with ‘Stay Alive’, a song about looking after yourself. Hollie explains: “This was the second song written for the album! For me it’s about having bad days and feeling together in loneliness, as well as what we do to feel alive.” 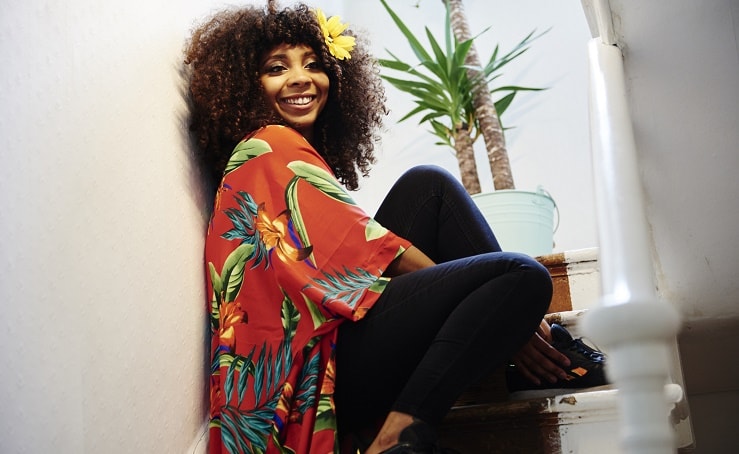 By teaming up with fellow Londoners Hempolics, Cook welcomes a lo-fi vintage soul influence on two supplementary versions. Speaking on the collaboration, the BBC 6 Music and 1Xtra favourites express how a natural approach served them well: “Hollie has a really good modern British reggae style. When I got sent over ‘Stay Alive’, I had a listen and straight away I just wanted to use her cool vocal and drop a heavy Hempolics riddim to it”. As well as touring the world for years with Ari Up in the pioneering female punk band The Slits, Cook previously collaborated with renowned dub producer Prince Fatty on her first two solo albums – the self-titled debut and the acclaimed follow-up ‘Twice’. Singles such as ‘Milk & Honey’ and ‘That Very Night’ saw Hollie gain critical exposure via BBC Radio 1, BBC 6 Music, 1Xtra and Radio X, culminating in a hypnotic appearance on the prestigious “Later…With Jools Holland”.

Having now enlisted the esteemed producer Martin “Youth” Glover – whose credits include U2, Paul McCartney and Pink Floyd – to oversee her latest LP, she’s able to unlock a maturity in her ever-evolving sound. Hollie Cook has created a fantastical dub-aquatic world with ‘Vessel of Love’ and its population is growing by the day, submerging all around in its tropical pop appeal. With supporters rallying from every corner, it’s shaping up to be a pivotal release for the solo artist, and will be marked by two exclusive Rough Trade in-store performances on 26th and 31st January 2018.