Hiatus, the eloquent electronic music project of writer Cyrus Shahrad, portrays a life-affirming rumination on life and death in the profound video release of ‘Father’. Set in the Lebanese mountains and acted by local non-actors – including a young Syrian refugee – the latest single from the forthcoming LP ‘All The Troubled Hearts’ holds a positive, unifying message and stands to be his most moving work to date. The Iranian/British producer, who previously worked as a Sunday Times correspondent in Tehran, has collaborated with New York-based, Lebanese director/cinematographer Karim Kassem to create an exceptional cinematic piece of work. Filmed in Douma, and presenting this location in all its breathtaking glory, it tells the touching story of a 14 year old boy who has lost his father due to a heart attack, and is left alone to care for his sick grandmother. The grieving boy’s subconscious is depicted through magical realist imagery in the clip, which appears to show him spending a day with his deceased father. 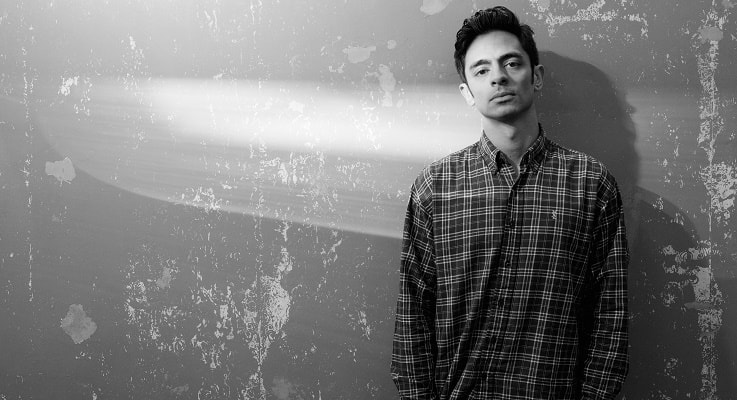 Kassem, who has directed other music videos and promotional material for brands such as Converse, realised that there was plenty of common ground between him and Shahrad after initially approaching him with an idea, making them ideal collaborators for this project in particular: “We both have great love for our fathers and this massive fear of losing them. We were able to connect on so many levels, the Farsi, the Arabic, the culture clash and both of us having strong ties to our home countries whilst now living in the west”. In what is a very poignant personal touch, the video’s one shot outro scene in the director’s cut features a spoken word recording of Shahrad’s real father, which also closes Hiatus’ forthcoming LP in the form of a song entitled ‘Delam’ – the Persian word for “heart” – and here serves as a prologue to the story in ‘Father’.

This is one of many Hiatus songs to receive an outstanding visual accompaniment – the Tom Jobbins-directed video for ‘We Can Be Ghosts Now’, from his ‘Parklands’ LP, received the Best Animation Award at the UK Music Video Awards in 2013. Through releasing videos of a consistently high quality, Cyrus has gained a real following and many of his videos have over a million YouTube views. Tracks from his previous album have also racked up over 7 million plays on Spotify following high-profile coverage from the likes of the New York Times, The Quietus and Huck.

There’s a lot to love about the music video for ‘Father’. It’s emotional, cinematic, and projects a universal message from a part of the world that is all too often depicted in a different light. This is sure to set Hiatus apart from his peers in 2017 – though his music has always been distinctive and well-received, ‘Father’ is an unprecedented demonstration of what Hiatus has to say.