My Hero One’s Justice, also known as My Hero Academia: One’s Justice in Japan, is a 3D battle action fighter video game developed by Byking and published by Bandai Namco Entertainment. It will launch worldwide on PlayStation 4 and Nintendo Switch, along with an Xbox One and PC release limited to North America and Europe, in 2018. On April 13, 2018, Bandai Namco announced the game officially for the west, changing the name to My Hero One’s Justice for its release, though the game will not have English voices. On May 14th, 2018, it was announced that the game will release in Japan on August 23rd, 2018. The game will be released in the west on October 26th, 2018. 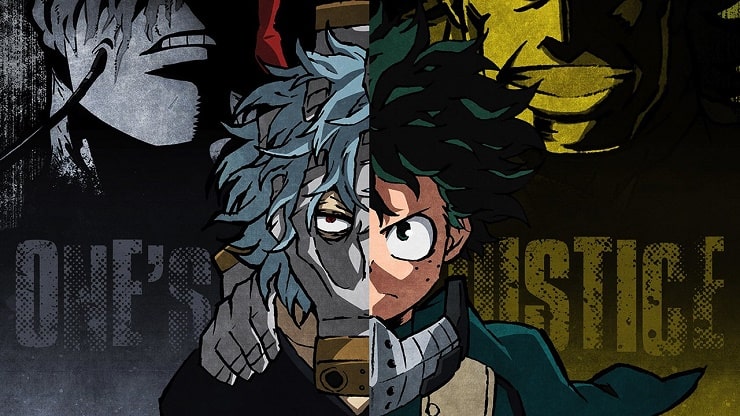 Fight for your justice in MY HERO ONE’S JUSTICE! The popular manga and anime series clashes head-to-head and Quirk-to-Quirk in this 3D arena fighter. Pave your path and choose between hero or villain and battle through iconic moments. Choose from a cast of fan favorite characters like Deku, All Might, Shigaraki, and many more! Use each character’s Quirks to achieve superhuman feats such as One for All, Decay, Explosion, and many more! Call upon your sidekicks to create your own unique team of heroes and villains. Unlock accessories to customize your favorite character’s appearance. See the perspective of both heroes and villains as you enjoy the story from both sides, available only in MY HERO ONE’S JUSTICE. ngage in fully featured online combat and climb your way up the leaderboards to become the world’s number one hero or villain!