British-born, French-raised and London-based, Hero Fisher is returning to release her sophomore LP Glue Moon. Hero’s career has so far seen her collaborate with Alison Mosshart and Boy George in the Mark Ronson-scored ballet Carbon Life, open for The Rolling Stones and Neil Young at Hyde Park, and get shortlisted for the 2014 Glastonbury Emerging Talent Prize. In 2015 she released her debut album, the critically-appraised Delivery which won her fans in The Horrors and Blur. By turns a blistering rock and roller in the vein of Patti Smith and PJ Harvey, and an experimental folk storyteller à la Jeff Buckley, Hero Fisher resists easy generic categorisation with her protean and cinematic musical storytelling. Able to expertly strike a variety of different narrative poses, she is at once the spurned lover and the fired-up rabble rouser, predator and prey. With Glue Moon previous singles ‘Sylvie’ and ‘Push The Boat Out’, Hero’s lyrical imagination proved unique and bountiful. Her matchless new single ‘Lonely’ is the latest chapter in her development as an artist. She’ll reach many more milestones yet on her creative journey. 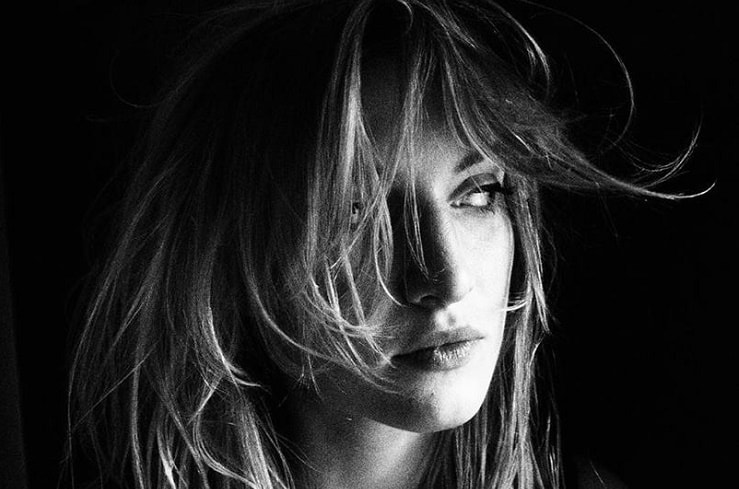 “Lonely is about self delusion. We all wear blinkers to hard truths in one way or another. A common condition people have is loneliness or feeling secluded. I think it’s a sentiment a lot of people can relate to, if they don’t, then they may have mastered self delusion.”

Hero Fisher’s new song ‘Lonely’ is a masterclass in reinvention. Rich in ambience and with a slow crawling beat, Hero’s subtle and tender vocal performance evokes a deep sense of isolation amidst the cluttered mysteries of daily life. Drums, pianos and synths all work in tandem brewing a restless sonic tempest as the song subtly crescendos to its cathartic conclusion. ‘Lonely’ could be the soundtrack to a deeply arresting and sad movie, long expanses of sound create a panorama over which Hero lays some of her deepest and most internal lyricism yet. As her career progresses onwards it’s anyone’s guess where her sound will travel next, but if ‘Lonely’ is any indicator, she’s already one of the most unique new offerings this year.