Guilty Gear Xrd -REVELATOR- is the latest entry in the Guilty Gear series and the direct sequel to SIGN. REVELATOR was first announced for the third quarter of 2015 release on arcades, starting from a location test in June. REVELATOR was later released for Japanese arcades on August 25, 2015. The game was released for PS3 and PS4 in Japan on May 26, 2016, June 7 in the US and June 10 in Europe. Aksys Games and Arc System Works proudly present Guilty Gear Xrd -REVELATOR- for the PlayStation®4 computer entertainment system and PlayStation®3 computer entertainment system releasing June 7, 2016. Guilty Gear Xrd -REVELATOR- rips along at a blistering 60 frames per second and features cross platform PlayStation®4/PlayStation®3 compatible battles. Choose from over 20+ insane fighters as you battle for glory in the post apocalypse. New fighters, modes and polished mechanics provide infinite ways to annihilate your rivals! Humanity succeeded in creating what became known as “magic” essentially a source of limitless power. 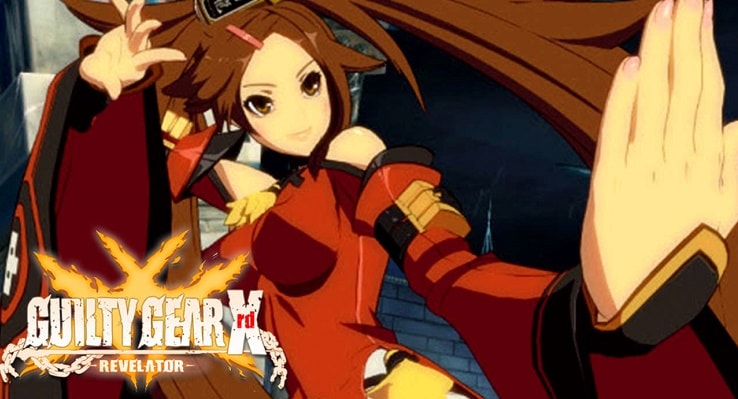 But though mankind had discovered the path leading to true wisdom, it was unable to renounce its foolish and destructive ways. What was intended to help, nurture, and promote world peace was instead corrupted and used for war. It was during these trying times that a scientist known only as “That Man” conducted forbidden experiments on someone known as Frederick, who would later be known as Sol Badguy, turning him into the first of the living weapons known as Gears. Those in power, seeing that these new weapons could be used to ensure their continued hold on that power, created Gears in great numbers—their goal was nothing less than world domination. Although GEARs were originally human, after their transformation they possessed no free will of their own…except for one. This Gear, Justice, took control of her fellow weapons and declared war on all of humanity. It was this action that began what was soon called the Crusades, a century-long war pitting mankind against the weapons they had created.