Green Book is an acoustic indie/folk band based out of Chicago, Il. In 2012, Green Book was started by singer/songwriter Wil Sitarz. In the winter of 2012/13, Wil got together with music producer Scot Stewart and created Green Books first album A Home, I Hope. With the release of the album, Wil and his two brothers Drake Sitarz and Richard Shell started performing at smaller venues in the local area. Only later did they team up with their accordionist, Faith Perkins and bass player, BassManMike. Since then Green Book has been gaining popularity among their peers and has been playing some of Chicagos best venues. “Green Books music is impossible to pin down to a single genre. In volume they’re a folk band, but in tone they augment their sound with a unique vocal style and catchy martial rythms.” –Hattie M

“Lies and Eyes” is the third track from the band Green Book’s debut EP “A Home, I Hope.” 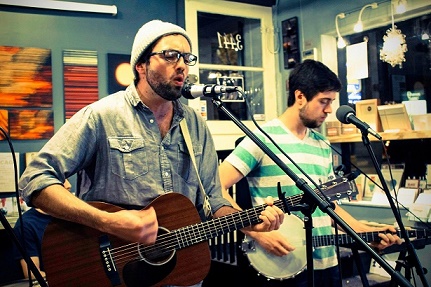