Grace Blue is an Israeli alt-pop duo now based in Los Angeles. Consisting of vocalist Grace Mogz (Chen Mogsamov) and keyboard player Joseph Arazi, the two moved from Tel Aviv to Los Angeles in 2017 in order to pursue their passion and hunger for music. Their debut music video “Our Eyes” received critical acclaim and reached over 100,000 YouTube views. Their self-titled debut EP is a fusion of dark, emotionally driven trip hop, alongside catchy, up-tempo alternative-pop. After the successful reception of their debut, Grace Blue are now ready to release their new video for ‘Nowhere To Go’. Produced by renown Israeli producer Noam Akrabi (Eliad Nachom, Idan Raichel, Ivri Lider), the single is a stunning alt-pop anthem, featuring cascading synths, resonating melodies and Mogz’s powerful vocals. “The song was written about being stuck in an unhealthy situation in your life, in a relationship that isn’t good for you, whether it’s a romantic one, a family one or even with a friend or a job, because you don’t feel like you have a better option”, reveals Mogz. 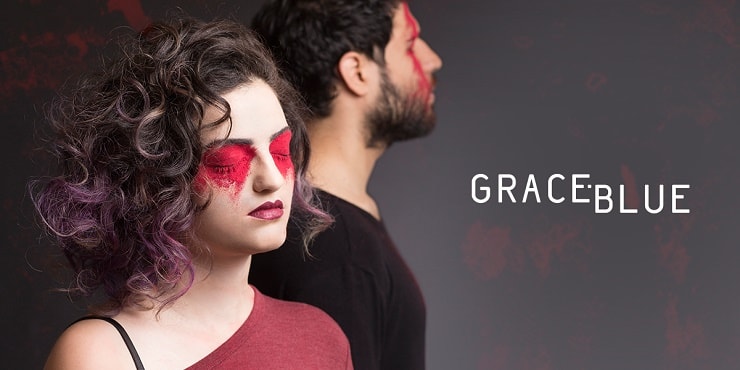 The video for the upcoming single is a beautifully cinematic piece of art, portraying the narrative of a very sick father-daughter relationship where the girl is longing for attention and love that she later understands that she’ll never get from her father. The video represents how we all tend to try to fix relationships that cannot be fixed and let them damage us and trap us in the fantasy of what it should or could be and not believe we deserve better. Grace Blue are ready for the next chapter in their musical endeavor.