“Goldfinger” is the third film in the James Bond series and also the third to star Sean Connery as the fictional MI6 agent James Bond. Released in 1964, it is based on the novel of the same name by Ian Fleming. The film also stars Honor Blackman as Bond girl Pussy Galore and Gert Fröbe as the title character Auric Goldfinger, along with Shirley Eaton as famous Bond girl Jill Masterson. Goldfinger was produced by Albert R. Broccoli and Harry Saltzman and was the first of four Bond films directed by Guy Hamilton.Wikipedia®

Plot: The powerful tycoon Auric Goldfinger has initiated “Operation Grand Slam,” a cataclysmic scheme to raid Fort Knox and obliterate the world economy. James Bond, armed with his specially equipped Aston Martin, must stop the plan by overcoming several outrageous adversaries. First there’s Oddjob, the mute servant who kills at the toss of a lethal hat; next, the beautiful Jill Masterson, who gives new meaning to the phrase “golden girl”; and finally, sexy pilot Pussy Galore, whose romantic feelings for Bond complicate her involvement in Goldfinger’s high-flying scheme. 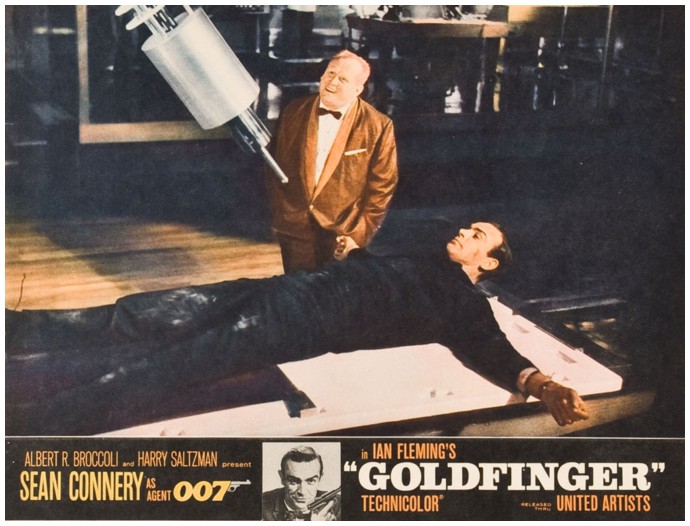