Skip to content
Home » Music » So So Glos – Lost Weekend

The So So Glos are rock n roll band of brothers from Brooklyn, New York who formed in 2007- a band that has taken their own 21st century slang term and re-appropriated it to define themselves. The band has said that they call themselves by the street term as incentive to combat this type of behavior. The band itself is made up. They’re made up of Alex Levine, of Ryan Levine, of Matt Elkin and of Zach Staggers . Through divorce and remarriage, brothers Alex, Ryan and step brother Zach were grouped together at a very young age. In Bay Ridge, Brooklyn, the three started a rock and roll group. Without fully knowing how to play or tune their instruments the group was born in 1991. Their earliest recordings were done on tape cassette and have often been described as “punk” sounding. Critics and historians have much debated over whether this decision to sound punk was intentional, or that its youngest member (alex) was three years old at the time. Despite differences in opinion by historians, they continued to grow as did the “rough around the edges ” sound that would go on to define the band.

Here’s the video for “Lost Weekend” from the city-proud So So Glos.

A post modern narcissist who’s devotion to ones ego surpasses their devotion to any social, political or moral cause. A so so glo is an apathetic, pleasure seeking individual who always looks his/her best. A so so glo usually lives with a feeling of “impending doom” or a sort of apocalyptic nihilism.

So So Glos – Lost Weekend Lyrics:
You and I, riding high
in a landfill building castles
we get around while we’re alive
stuck in a web with the spiders and flies, singing
and we can’t speak cause’ we’re in too deep
we grown up 86’d and ended up like this
so don’t you cry, you did it as much as I
and I’m not gonna be the one to bail you out this time
we’ve been on a lost weekend
I’ve seen folks walk on high tight ropes
but they’re more fun to dance across
then at the end of the day
when the work weeks’ through
there’s a sign that says, “get lost”
so we’ve been drinking far too long
we stumble forward, hung up on the past
don’t you worry about that my babe
these days weren’t built to last
we’ve been on a lost weekend
could you forget the future if it was just a lie ?
stuck in a web with the spiders and flies
would you forget the future, if I could forget mine,
should you forget the future? 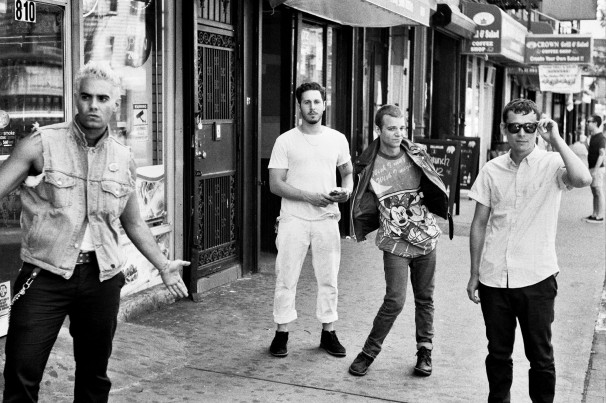