Glassmaps is the solo project of Joel Stein, lead guitarist in the much-loved Howling Bells. After four successful albums with the band, the UK-based Australian has brought his worldwide touring and recording experience to this exciting new endeavour. “I found myself growing creatively and sonically,“ Joel explains. “I was aching to take it further and explore. This is how Glassmaps materialised.” 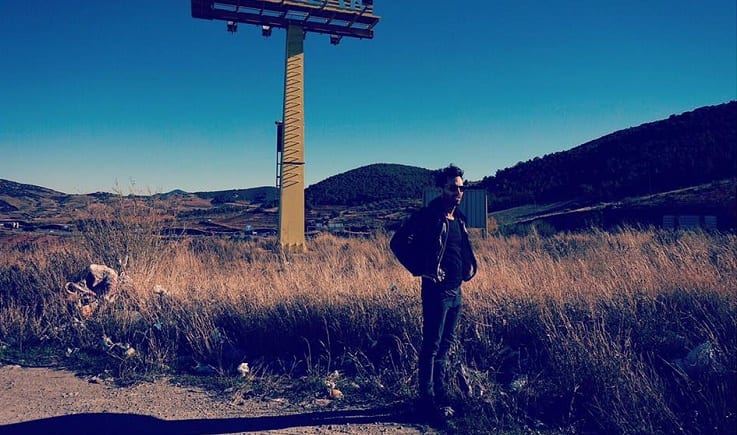 Writing and developing his songs both on and off the road, Joel strove to push sonic boundaries and craft the unique and the bold. Thus ‘Strangely Addicted’, his debut solo album, was conceived. The record beautifully utilises electronic and organic instruments, delivering melodic, punchy, pretty, infectious tunes coupled with fascinating psychedelic soundscapes. Autobiographical lyrics speak of universal themes of life, love and loss. ‘Strangely Addicted’ was honed in Las Vegas, at the home studio of The Killers’ bassist Mark Stoermer, where Joel was staying while recording with Howling Bells. The finished record, an album of rare beauty and depth that will be released on Lost In The Manor in autumn 2017, captures the sound of an artist spreading his creative wings. “The best part of Glassmaps birth is that it was born into freedom,” believes Joel.

Like an organic Black Lips given a symphonic pop sheen, ‘Summer Rain’ crowns a pugilistic blues-rock stomp with the sunny psych harmonics of its dreamy chorus and the insouciant twang of surf guitar. Joel Stein’s swooping vocals muse on the concept of wanting to be saved from oneself, of blaming others for one’s own demons. “It’s about the voice in your head that tells you the things you don’t wanna hear,” says Joel, “a necessary evil without which we wouldn’t really know who we are.” The first release from Glassmaps’ upcoming ‘Strangely Addicted’ LP, to be released on Lost In The Manor Records later in the year, ‘Summer Rain’ was recorded at the Las Vegas home studio of The Killers’ Mark Stoermer (who plays bass on the track), and is an impactive taster of what will be one of the year’s most wide-ranging, ambitious and timeless releases.