Skip to content
Home » Music » Frans: If I Were Sorry

“If I Were Sorry” is a song by Swedish singer Frans. The song was released in Sweden as a digital download on 28 February 2016, and was written by Frans along with Oscar Fogelström, Michael Saxell, and Fredrik Andersson. It took part in Melodifestivalen 2016, and qualified to the final from the fourth semi-final. It later won the final with 156 points and repreented represent Sweden in the Eurovision Song Contest 2016 were it placed fifth. In the weeks after the semifinal appearance the song charted in the Spotify Viral charts in Switzerland, Taiwan, Iceland, Uruguay, the Czech Republic, the United Kingdom, Spain, the United States, Norway, France, Denmark, Turkey and Germany. 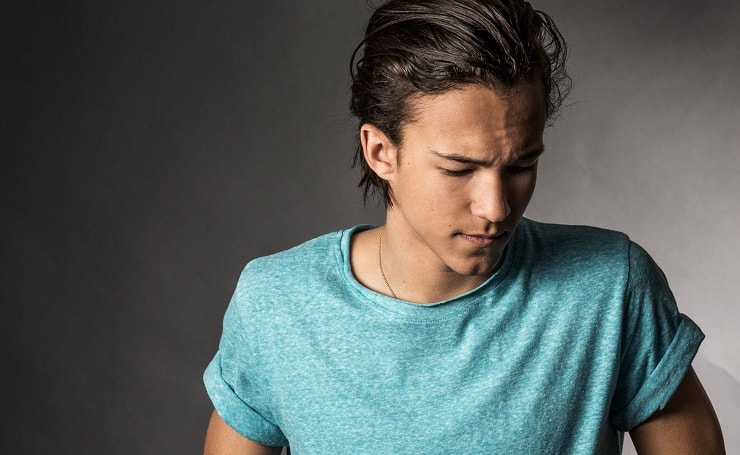 Frans Jeppsson Wall (born 19 December 1998), better known as Frans, is a Swedish singer and songwriter. He won Melodifestivalen 2016 and represented Sweden in the Eurovision Song Contest 2016 in Stockholm, Sweden with the song “If I Were Sorry”. After years of absence from the charts, Frans returned with his participation in Melodifestivalen 2016 in a bid to represent Sweden the 2016 Eurovision Song Contest with the song “If I Were Sorry”, co-written by Oscar Fogelström, Michael Saxell, Fredrik Andersson and Frans. He performed it in Gävle during the fourth and last semi-final leg of the competition on 27 February 2016, thereby securing a place in the final-10 competition on 12 March 2016 in Stockholm, Sweden.

Frans: If I Were Sorry

Immediately after his performance, the single was released. It became very popular and went straight to number 1 of Sverigetopplistan during the first week following its release. It also charted on the Spotify Viral charts in Switzerland, Taiwan, Iceland, Uruguay, the United Kingdom, Spain, Norway, France, Denmark, Turkey and Germany. He won the Melodifestivalen 2016 final on 12 March 2016 with 156 points, and will represent Sweden in the 2016 Eurovision Song Contest. At the age of 17, Frans became the youngest winner of Melodifestivalen in 33 years, and the second youngest ever after Carola Häggkvist, who was 16 when she won in 1983. In the final of the contest Frans song placed fifth after the jury and televoting. Frans’s father Mark was born in Nigeria to a Nigerian mother and a British father. At the age of eight, Mark moved to London, United Kingdom. Frans’ mother is Swedish. He was thus raised speaking both English and Swedish. During most of his life, Frans has been a part-time resident in London and he also studied music there for an entire year when he was 15. Wikipedia®.

Frans: If I Were Sorry