Final Fantasy XIII-2 Trainer. Final Fantasy XIII-2 is a console role-playing video game developed and published by Square Enix for the PlayStation 3 and Xbox 360. Released in 2011 in Japan and 2012 in North America and PAL regions, it is a direct sequel to the 2010 role-playing game, Final Fantasy XIII, and is part of the Fabula Nova Crystallis subseries. A port to Microsoft Windows was released on Steam in December 2014. XIII-2 includes modified features from the previous game, including fast-paced combat and a customizable “Paradigm” system to control which abilities are used by the characters, and adds a new system that allows monsters to be captured and used in battle. It features a heavy time travel element, allowing the player to jump between different times at the same location or different places at the same time. Lightning, the protagonist of the original game, has disappeared into an unknown world. Her younger sister Serah Farron, a returning character, and a young man named Noel Kreiss, journey through time in an attempt to find Lightning. Wikipedia®. 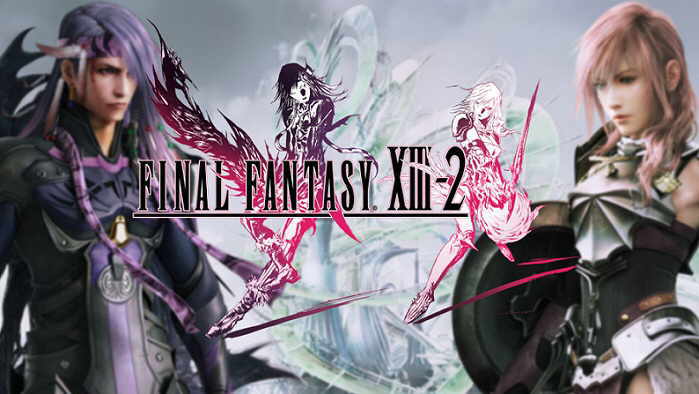 Development of Final Fantasy XIII-2 began around March and April 2010 and lasted about one and a half years. The game was unveiled at the Square Enix 1st Production Department Premier in January 2011. Many of the key designers remained in their roles from the previous game, and developer tri-Ace was hired to help with the game’s design, art, and programming. The development team wanted to exceed Final Fantasy XIII in every aspect while making the story’s tone mysterious and darker than the previous game. The game builds upon the Paradigm Shift battle system used in Final Fantasy XIII and includes a less linear overall design. Final Fantasy XIII-2 received highly positive reviews from Japanese critics and generally positive reviews from Western video game journalists. Though praised for its gameplay, lack of linearity, and graphics, the game’s story was criticized as weak and confusing. During the first week of sales in Japan, the game sold 524,000 units, becoming the fifth-best selling game of 2011 in Japan, and sold 3 million copies worldwide by January 2013. A sequel, Lightning Returns: Final Fantasy XIII, was released in November 2013 in Japan and February 2014 in North America and Europe.