Skip to content
Home » Trainers » The Evil Within 2 Trainer

The Evil Within 2 is an third-person survival horror video game developed by Tango Gameworks and published by Bethesda Softworks for Microsoft Windows, PlayStation 4 and Xbox One. It is the sequel to the 2014 video game The Evil Within. Similar to its predecessor, the game is a survival horror game. Played from a third-person perspective, the player assumes control of detective Sebastian Castellanos, who must descend into the world of Union to rescue his daughter, Lily. There are three difficulty modes, namely Casual, which producer Shinji Mikami recommends, Survival, and Nightmare. In The Evil Within 2, maps are larger and there are multiple ways for players to advance in a level. The player is also given an item known as “The Communicator”, which helps to highlight the objectives, resources, and enemies featured in the game’s world. It will also reveal Resonance points, which provides hints regarding what had happened in the world of Union. Players can explore the map area freely to complete side objectives and scout for resources, which are scarce. Players can engage in direct confrontation with enemies using weapons like guns, or use stealth to prevent themselves from being noticed or sneak behind enemies to kill them silently. Wikipedia®. 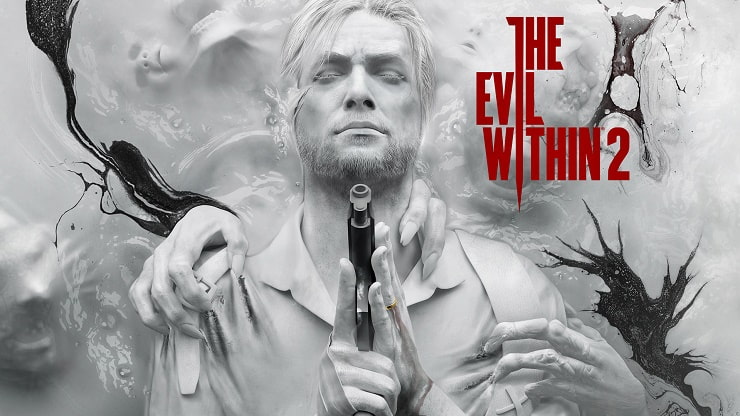 From mastermind Shinji Mikami, The Evil Within 2 is the latest evolution of survival horror. Detective Sebastian Castellanos has lost it all. But when given a chance to save his daughter, he must descend once more into the nightmarish world of STEM. Horrifying threats emerge from every corner as the world twists and warps around him. Will Sebastian face adversity head on with weapons and traps, or sneak through the shadows to survive. Story of Redemption – Return to the nightmare to win back your life and your daughter. Discover Horrifying Domains – Explore as far or quickly as you dare, but prepare wisely. Face Disturbing Enemies – Survive encounters with sadistic enemies and twisted creatures. Choose How to Survive – Attack from the shadows, run like hell, or go in guns-blazing with very limited ammo. Visceral Horror and Suspense – Enter a world filled with anxiety-inducing thrills and disturbing moments.

The Evil Within 2 Walkthrough