The singer/songwriter Esnavi hailing from Milwaukee, is a multifaceted artist with a voice of undeniable soul, lyrics of thought provoking truth, and music that harmoniously blends everything in between. Since the release of Exit E, which has received critical acclaim as one the “Best Albums from an Independent Artist”, Esnavi has been taking the music industry by storm. Securing music licensing deals, television appearances and beauty campaigns after breaking out with her debut single, Unexpected Love, which reached the Top 40 on the Urban Adult Contemporary Charts and became part of the worldwide karaoke music catalog. The follow up single, What U Need, was featured on VH1’s Love & Hip Hop: New York Season 4 Premiere, and her last release, Electric Fantasy, is still in rotation on radio stations across the country, Sirius/XM Satellite Radio and Music Choice-R&B Soul Channel on Cable Television. 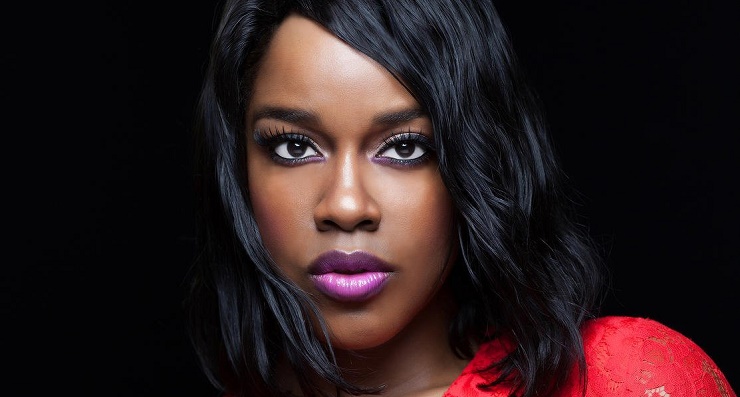 In 2014, her buzz worthy show for the Hello Harlem Initiative hosted by Revolt TV had music executives and bloggers spreading the word for weeks about the dynamic performer who has taken the stage internationally as well as at highly coveted venues such as Madison Square Garden, Essence Music Festival, The Apollo, Brooklyn Academy Of Music, BET Music Matters, B.B. King Blues Club, The Blue Note and more. Her track record landed her performances alongside Tyrese, Lenny Williams, Johnny Gill, Goapele, beat box legend Rahzel and fellow Milwaukee native, Grammy-nominated recording artist, Eric Benet. She has also appeared and performed on VH1’s hit reality show, Mob Wives and on Bridezillas, which airs on WeTv. Her music has also been seen and heard on VH1, VH1 Soul, BET, Centric and MTV. With her platform Esnavi secured music licensing deals with H&M, Old Navy, Abercrombie & Fitch, Nine West, Ann Taylor and Arden B stores worldwide, became the first African-American face for Alison Raffaele Cosmetics beauty campaign, a cosmetics line carried in Duane Reade/Walgreens stores nationwide, and obtained another beauty campaign– with Dazzle Dry by VB Cosmetics, in which she has her very own nail collection entitled, Esnavi Live, featuring three colors named after songs on Exit E. Her music and accomplishments have garnered her recognition from highly-trafficked entertainment websites and publications including MTV, Soul Train, Examiner, Huffington Post, YRB, Singersroom, Soul Tracks, Bossip, This Is Real Music and several other popular online magazines and blogs. Being noted as a definite artist to watch, Esnavi is on the brink of becoming a powerful brand in the music industry.

These major accomplishments have made Esnavi an independent powerhouse in a short amount of time. This talented star on the rise may be new to the mainstream, but she has been on her mission for years. As a very young child, her performing and writing skills were fostered. At the tender age of 3, she performed for the first time at a Miss Wisconsin Pageant and acquired a love for writing poems around the age of 8. A love for music was evident during those years as well. Her vocal ability, however, wasn’t discovered until she was in high school. It was then that the music she listened to growing up started to subconsciously mold the artist Esnavi is today. From Stevie Wonder to Annie Lennox to U2 to Miles Davis, she was drawn to all genres of music. Once she graduated from high school, the layers came together and Esnavi began writing, recording and performing with a local studio. After high school she pursued a marketing degree at the University of Wisconsin-Milwaukee. While studying, “Music became the driving force in my life while in college, and after graduating, I had an epiphany. Singing was the only thing I envisioned myself doing. I became so passionate about it because I knew I had something different to share.” Esnavi is definitely in a lane of her own, despite comparisons to great artists such as Lauryn Hill, Sade and Adele. Her voice is clearly distinct and her music is incomparable. “I want to create good music that stems from my soul and transcends everything. Music that anyone in the world can listen to and love.” When you listen to her music, see her perform live and feel her energy, you experience Esnavi. On a mission to revive the industry with her music, she is focused on not only being a successful artist, but also an influential one. Esnavi is truly a unique artist delivering a refreshing sound of music for our generation.