The title of Emily Jane White’s fifth album, They Moved in Shadow All Together, is a play on the opening line from Cormac McCarthy’s novel Outer Darkwhich hauntingly depicts a group of uncanny travelers descending a hill in the Appalachian mountains. White remembers being struck by the vision of the travelers’ collective movement – fragmented, yet whole – and felt its resonance with her burgeoning record and its thematic exploration of trauma. The 11 songs on They Moved in Shadow All Together focus conceptually upon the symptomatology of trauma, a pattern of experiences marked by a fragmentation of the self. These songs contend with the impact of trauma on individual and collective identity – the shattered pieces within the psyche left to cope after tragedy, and the dissociative co­habitance of belief and disbelief that results. White wrote “The Black Dove” in support of the anti­racist struggle against police violence. In “Womankind,” she mourns the continuing epidemic of violence against women, and the silences that suppress the truths of survivors. 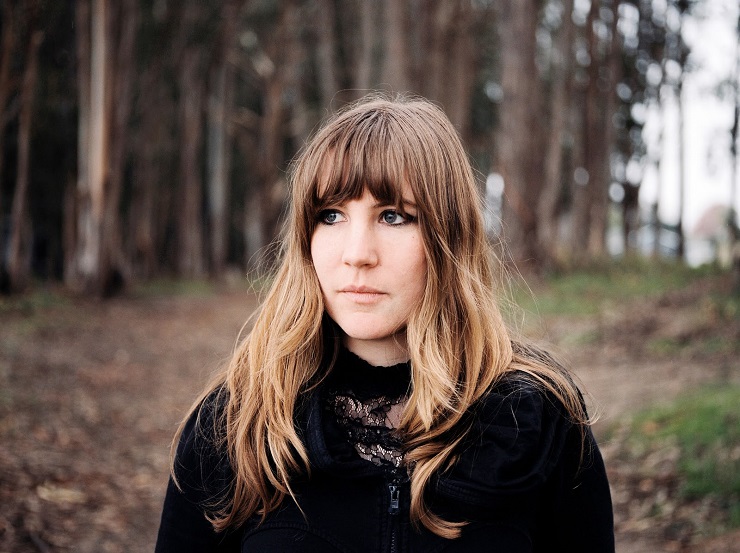 White’s new body of work recounts for us the terrain of her empathic inner world. The breadth and depth of her maturing voice are evident. Her layered vocals effect a sense of camaraderie, a space populated with voices, angelic perhaps, definitively ethereal. She studied classical singing while working on this album, which enabled her to broaden her vocal range. Throughout the recording process, she experimented extensively in the echo chamber at John Vanderslice’s Tiny Telephone studio in San Francisco. She used the room as her instrument, wherein she gave herself permission to roam free, exploring every capability and constraint. “I began to recognize a hidden concept within my work,” she recalls. “Most of my lead vocals were recorded in a vocal booth, and I chose to record the backing vocals in the echo chamber – but it was all me, and in that process I seemed to be fleshing out a concept of voices and pieces within a whole. I wanted to give a harmonizing quality to the fragmented pieces of self that result from trauma. I wanted to give them life and make them beautiful and real while still occupying an intimately distant and eerie space.” White weaves the many into one within the spaciousness of this record, an acoustic cathedral with myriad candles pouring light, a thousand flickering shadows, and glass­domed ceilings stretching upward to a star­lit night beyond. She invites the listener to sit within her chorus and experience melodic hope and cathartic resolve.

White’s polyvocal arrangements mirror her manifold focus, and are the defining stylistic element of the album. Multi­instrumentalist Shawn Alpay’s bass accompaniment firmly supports White’s steady guitar and piano playing by providing subtle rhythmic movement beneath her overlay. His cello sits closely below and curls around the vocals, lending definition to key dramatic moments, while Nick Ott’s visceral and tom­heavy drumming assertively mark the ebb and flow of each track. White: “I wanted to make an intimate album that had bombastic moments. The bass and drums helped define that. Cello is my instrument of choice when it comes to strings. It’s the instrument most capable of sadness and melancholy. The cello is the veil, the fog, and at times the guiding light – the drums the heart and blood.” White’s vision was aided by mixing engineer Mark Willsher, whose background in classical music and film score engineering complemented her spatial and stylistic sensibilities. They Moved in Shadow All Togetherwas recorded at Tiny Telephone studio in San Francisco, CA, and New and Improved studio in Oakland, CA, between December 2013 and September 2015. Emily Jane White is a musician, songwriter, and poet from Oakland, CA. She began performing under her own name in name in 2003 and released her first album Dark Undercoat in 2007, with Victorian America, Ode to Sentience, and Blood/Lines following. White has cultivated a dedicated audience in Europe and North America. – Frances Marigold

San Francisco’s Emily Jane White will unveil her They Moved in Shadow All Together LP to American and British audiences next month, and “Frozen Garden”, a spectral chorale and as natural as a pulse, is its towering lead track. The album, already out in Europe, is released care of Bordeaux, France’s Talitres on June 10th.