Taken off Dynasty’s forthcoming debut album “A Star In Lifes Clothing”, to be released on the 18th of October. Dynasty coming off with a vocal tone and flow reminiscent of the all powerful Lady of Rage offers up “Street Music”, a single produced by and featuring the one and only DJ Premier on the cut off of her upcoming album A Star In Life’s Clothing. She even starts off in a similar fashion; ”In walks the girl with her hair all wooly” -Dynasty. ”I rock rough and stuff with my Afro Puffs” – Lady of Rage. All that’s left to say is go one with yo’ bad self. 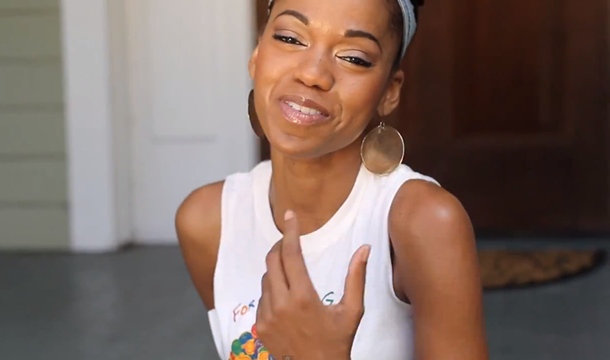