Doom (stylized as DOOM and originally known as Doom 4) is a first-person shooter video game developed by id Software and published by Bethesda Softworks. The game is a reboot of the Doom series and is the first major installment in the series since the release of Doom 3 in 2004. Doom was released on Microsoft Windows, PlayStation 4, and Xbox One on May 13, 2016. Doom’s single-player mode was described as having “badass demons, big effing guns, and moving really fast” as key principles, according to id Software executive producer Marty Stratton. The game will feature a large arsenal of weapons, which can be collected and freely switched by players throughout the game. Weapons such as the super shotgun and BFG 9000 will return. 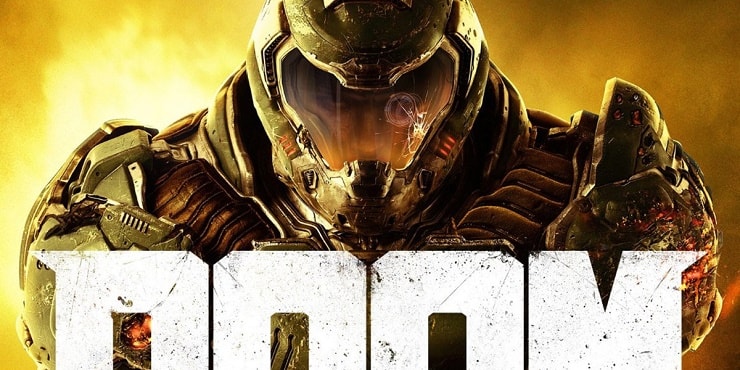 Additionally, melee weapons such as the chainsaw, which can cut enemies in half, are also featured. Many enemies from the original games like the Revenant, Mancubus, and Cyberdemon return as well, some redesigned. As the combat system of the game puts emphasis on momentum and speed, the game allows players to perform movements like a double-jump. A combat system known as “push forward combat” is featured, which discourages players from taking cover behind obstacles or resting to regain health. Players instead collect health and armour pick-ups scattered throughout levels, or kill enemies to regain health. A new mechanic introduced in Doom is the melee execution system, similar to that of the popular PWAD Brutal Doom. When enough damage has been dealt to an enemy, the game will highlight it, and allow the player to perform a melee takedown. id Software states that Doom’s campaign will be more than 13 hours long and the “Ultra-Nightmare” difficulty level will have permadeath. Wikipedia®.