Cube World is an open world RPG video game in development by Picroma for Microsoft Windows and Mac OS. Wolfram von Funck began developing the game in June 2011 and was later joined by his wife Sarah von Funck. The game’s logo currently uses the stylized title Cube Worldα to reflect that it is in an open alpha stage of development for Windows only. Releases for consoles and Mac OS X are planned for future development. In Cube World, the player explores an endless procedurally generated voxel world. This world contains randomly generated dungeons, including underground caverns and over-world castles, as well as separate biomes including grasslands, snowlands, deserts, and oceans. Players can use items such as hang gliders and boats to traverse the world more quickly. Players can create multiple different characters, with character creation involving the player first choosing a race and customising the look of the character, they can then choose one of four classes; warrior, rogue, ranger, or mage. The world is populated with monsters and creatures which can be killed for experience resulting in stronger statistics and abilities, allowing players to choose specializations which best suit their in-game aims. These specialization choices include warriors being able to choose between focusing on damage or defensive abilities, or mages focusing on damage or healing abilities. Players can also tame animals, such as sheep or turtles, which fight alongside them or, in some cases, can be rode by them to travel more quickly. Crafting is present in the game, allowing players to create food, potions, weapons, and armor, as well as modify their existing weapons block by block in order to create aesthetically unique weapons. Wikipedia®. 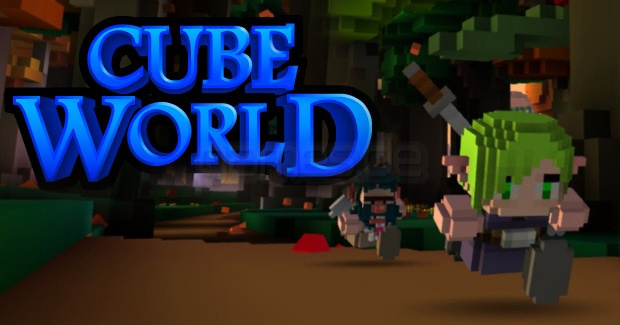