The seeds of Crooked Teeth germinated in Glasgow where Rob and Jo met having played the circuit in their own bands For Abel and Evol. A couple of years later they moved to London separately where a chance re-encounter on the streets would lead to the formation of Crooked Teeth. Originally Rob suggested Jo play drums or guitar with him in the new band, Jo suggested synths. Despite Rob’s initial wariness of the setup, they went into studio with his friend Sam on guitars. After a three hour synth-propelled noise pop wig-out the lineup was set in stone. Two years and numerous gigs later and their sound has evolved. 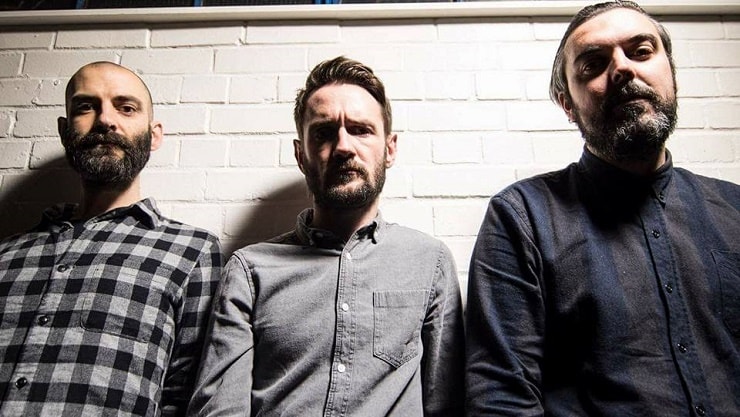 Utilising analogue electronics and guitar-driven psych pop in equal measure, Crooked Teeth’s unique sound has seen them draw much praise, with radio play from Amazing Radio’s Jim Gellatly and Artrocker Magazine. Their debut release, Mirrors, marks their most sophisticated songwriting yet. Recorded, mixed and produced by Jo in his warehouse studio in Manor House, the track captures the uniquely fragmented and cacophonous nature of modern life with its multitudinous anxieties, but Crooked Teeth go one step further than that. In their studiously well-crafted noise pop experiments they’ve found something infectiously listenable and free too.

Taking inspiration from their beloved hometown of London, ‘Mirrors’ is a celebration of individuality in a metropolis that’s becoming increasingly homogenised. Giorgio Moroder style propulsive synth bass and crisp guitar lines give the song a driving groove while the beatific synth leads lend an uplifting poignancy. This is Crooked Teeth at their most life-affirming yet. “You’ll be like no one else” Rob chants as the song crescendos to its heady climax. A bold assertion of individuality both musically and lyrically, ‘Mirrors’ is a snapshot of Crooked Teeth at this moment in time – thoughtful, unique and playfully experimental. In many ways it’s reminiscent of A Weekend In The City era Bloc Party, both in its brow-beaten cynicism towards modernity, but also in the rapturous optimism that positively thrums within its beguiling freeform outro.