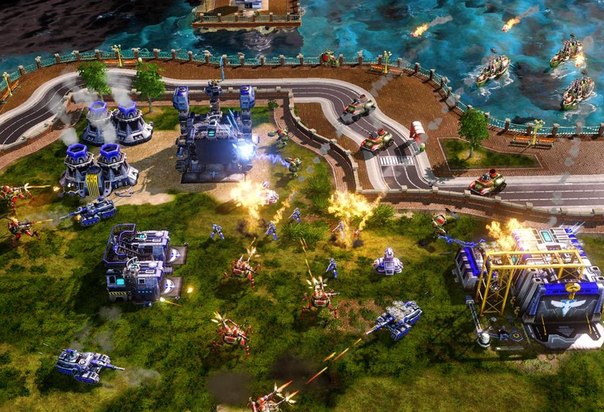 Wielding strange new technologies and hungering for revenge, the Soviet Army invades America. Overwhelmed Allied forces, unprepared for the surprise attack, are decimated. Will freedom be crushed under the heels of Communist aggression? Red Alert 2 is the next in the Command and Conquer series of real-time strategy game. Play as either Allied or Soviet forces and command armies composed of various specialized units.

Command & Conquer – Red Alert 2 Trainer (+4) Options:
Trainer for the game C&C – Red Alert 2, you can use it to activate these essential cheat Codes: +50.000 Credits, Unlimited Energy, Instant Build, Reveal Map. Note: This cheat tool is for the original v1.006 version of the game.