This is COIN, and we are a product of the ’90s. We decided that everything was too serious; so, we started a new project. Some call it swirly indie party pop. You can call it what you’d like, but we just want to make music that makes you feel good. Whatever does that, yes. Formed in Nashville, TN. We are named after a horse. A little bit of indie pop here and there is never bad. And newcomers COIN sure hit the nail on the head with this new single “Honey.” Based out of Nashville, this quartet still finds themselves in their early 20s (as indicated by their recently released EP titled by the year of their birth: 1992). – Jason Grishkoff.

Children of the ’90s, the four boys behind Nashville-based band COIN just want to have some fun. Everything they were listening to seemed far too serious, so the musicians decided to solve the problem themselves and create a record of swirly indie party-pop, 1992. In keeping with the title of the EP, we spoke with lead singer Chase Lawrence about all things ’90s—from Y2K to growing up watching Saved by the Bell. 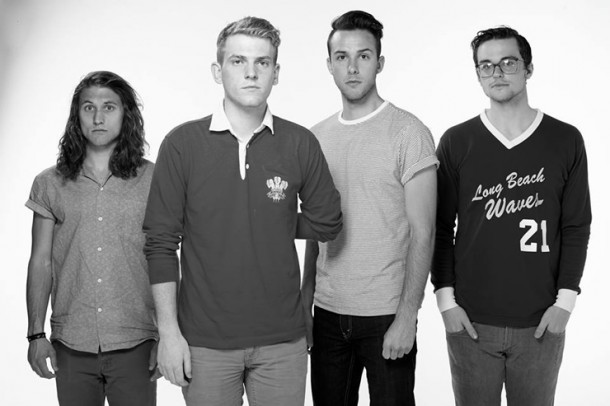