When you put Romanian DJ/producer vixen Claudia Cazacu and the suddenly-everywhere Jace Williams in the studio together inevitably you’re playing with fire! That’s just what VANDIT have done though and from the flames has risen the club destroying ‘Phoenix’. Following a year-end rush hour of releases, bringing with it new studio ware from Las Salinas, Alex M.O.R.P.H., Martin de Jong and others, VANDIT prep to deliver their 2013 coup-de-grace. December 9th sees that fierce ruling diva-of-the-decks Claudia Cazacu taking a timeout from her Couture label and teaming up with Jace Williams for their first VANDIT outing. Propelled by its piston-ing drums, dark, echoing perc loops and murky, super-subby FX, ‘Phoenix’ rolls out in tech-trance mode. Into the drop the pair throttle back for a moment, letting in a shaft of melodic harmony. It’s a brief respite for the floor though and in the blink of an eye the horsepower’s back. With tension ratcheting synth lines, a blizzard of EDM electricity and equally intense frequencies, the track throws open the doors to the Big Room. Tripping the endorphin switches hard, full-scale combustion for ‘Phoenix’ is only seconds behind it!

Claudia Cazacu has positioned herself as one of the most highly anticipated new artists on the scene right now. As a DJ, her sets build from minimal influenced tech-house tracks that progress with expert precision to spine tingling techno to destroy dance floors! A bright new star based on quality and performance rather than hype. As well as destroying dancefloors wherever she goes in the world, with recent gig destinations including India, Australia, Vegas, Italy, Poland and Sweden, Claudia runs her own label, ‘COUTURE’, produces a monthly radio show, ‘HAUTE COUTURE’, which is currently aired on 19 stations worldwide, with 4 FM stations and receives regular acclaim for her own cross genre productions, with recent tracks signed to massive Dutch super labels Armada and Spinnin Records. As a producer Claudia embraces all styles of dance releasing refreshing new sounds via her own label ‘Couture’. Claudia’s ‘Couture’ label has received support from all the major players including Tiesto, Paul van Dyk, Armin van Buuren, Ferry Corsten, Sander van Doorn, Above & Beyond, Eddie Halliwell and a received a string of plays from Judge Jules on Radio 1, including the coveted ‘Tried & Tested’ spot! Claudia’s recent productions have been licensed to Dutch super labels Armada & Spinnin Records with massive support from the usual suspects. Armin Van Buuren has picked up the highly acclaimed ‘Freefalling’ feat Audrey Gallagher for release on his ASOT label and also the 2009 A State Of Trance Album. 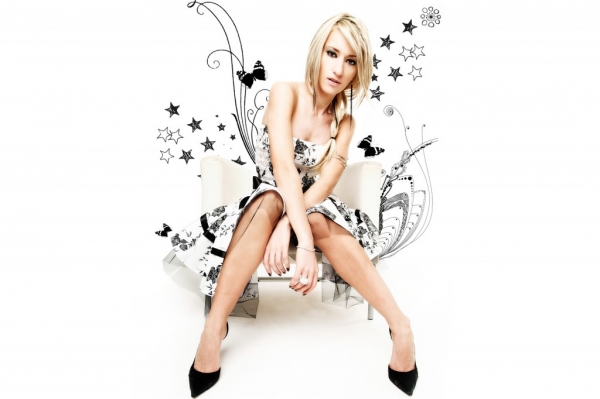