Skip to content
Home » Music » Civil Twilight – When, When

“What am I to build, if my hands are broken, if I’m not the chosen one?” sings Steven McKellar of Civil Twilight on “Story of An Immigrant”, over a lush, dynamic beat that evokes the sounds of his native South Africa while steeped in the band’s everevolving present. The foursome (Steven, his brother and guitarist Andrew, drummer Richard Wouters and Kevin Dailey on keys and guitar) are living proof of what happens when you stop worrying about being the chosen one and make music built on both the roots that grew you and the love that keeps you thriving every day. 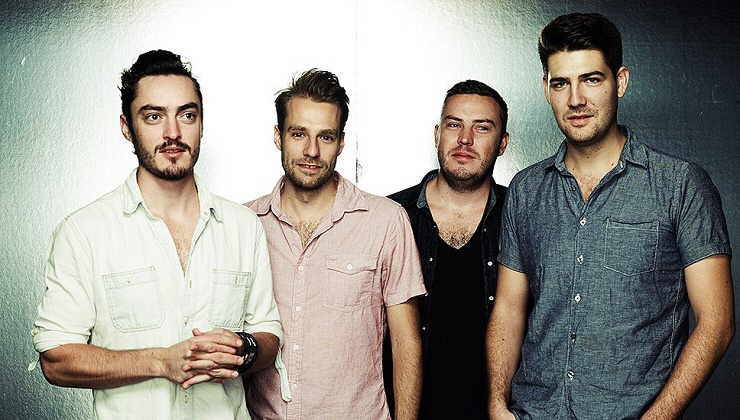 Civil Twilight’s songs embrace every corner of human emotion, balancing delicate, poetic lyrics with sweeping arrangements that touch all the senses: a phrase to make you think; a rolling drumbeat you can feel in your bones; a guitar vamp as illustrative as a picture; a shimmer of keys whose light can nearly be seen and heard. Produced by Ben H. Allen (Gnarls Barkley, Bombay Bicycle Club, Cut Copy), their third record on Wind-Up is built on this vibrancy, on the permanent dust of a Cape Town youth; on the connection that unites them all as brothers beyond blood and on their new home in America where they pull from the innate, thriving musicianship of Nashville, where they live. When you listen to Civil Twilight, from their self-titled debut, to 2012’s widely lauded Holy Weather to now, it’s easy to understand why the band has topped five million YouTube views and reached historic success with film and television syncs – because it’s music you can’t shake, that translates experience into moments and creates melodies that become imbedded deep under the skin. We’re all immigrants, in some way, and Civil Twilight’s singing our national anthem.

Civil Twilight – When, When

Civil Twilight – When, When Lyrics: