With recent nods from Benji B, Phil Taggart, Red Bull and Highsnobiety, and a no1 spot on the Hype Machine chart, Copenhagen’s CHINAH swiftly follow up ‘Strange Is Better’ and continue teasing their forthcoming debut LP with new single ‘Real Thing?’. The band also announce the London release party for ‘ANYONE’, to be held at Bermondsey Social Club on the 13th November, four days after the long-awaited release on No3. As well as performing new tracks live for the first time, CHINAH will be joined by a host of special guest DJs on the night. 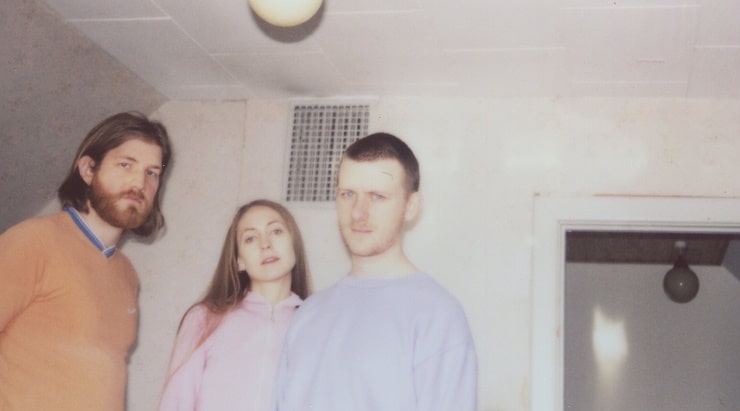 The fiercely low-slung new offering is dripping with future R&B electronics and draped in Fine Glindvad’s vocals – which provide the soft, poignant textures to embellish their minimal synth-pop center. Speaking on the lyrics, Fine explains how ‘Real Thing?’ is “a song about choosing to be lazy with your integrity because you long for intensity” and explores the feeling of experiencing a sense of “dominance within the submission”. The band elaborates on its overriding themes and where the new single sits on the record… “On our upcoming album there ended up being a concept of shifting moods, never letting one mood settle for too long before it’s being swept away. You could say it’s a reflection of the strange reality as we see it; abrupt, shifting and only momentarily meaningful. ‘Real Thing?’ is a light and playful moment on the record, when compared to other songs we made in same period.”

Since the release of their first two EP’s ‘Once the Lights Are On’ in 2016 and ‘Hints’ in 2017, the trio – consisting of Fine Glindvad, Simon Kjær and Simon Andersson – have rapidly built their fanbase at home with significant shows in the Danish capital and festival slots at SPOT, NorthSide and Roskilde. Their growing international profile also includes support from national UK radio DJs Benji B and Annie Mac on BBC Radio 1, international tastemakers Stereogum and Pigeons & Planes, as well as leading street style publications The FADER, Nylon and i-D. The Danish trio is constantly evolving with each release and continue to develop their ideas into striking sonic pieces, often encapsulating a disparate blend of genres. ‘Real Thing?’ is another fine example of CHINAH’s ability to produce gripping, thunderous electro bangers and strips away any doubt that ‘ANYONE’ will be anything short of extraordinary.