Castlevania: Lords of Shadow 2 is an action-adventure game and a sequel to the 2010 game, Castlevania: Lords of Shadow, and the 35th installment on the Castlevania franchise. The game was developed by MercurySteam and published by Konami. This is MercurySteam’s last contribution to the franchise. The story is set in both medieval and modern worlds and follows a weakened Dracula who is on a quest to defeat his former enemy, Satan. The game starts out with a recap of Lords of Shadow and Mirror of Fate, detailing Gabriel Belmont’s (Robert Carlyle) transformation into Dracula and his encounters with his son, Trevor (Richard Madden), whom he kills and subsequently resurrects, and grandson, Simon. The game starts proper with knights attacking Dracula’s castle. He swiftly dispatches all of them before being confronted by the revived Trevor, now known as Alucard. The encounter leaves Dracula in a deep slumber for centuries. As in the previous game, the player controls Gabriel Belmont, now known as Dracula, as he fights through an open world. During the game’s opening sequence the player is able to control Dracula while he still possesses all his powers as well as all of his weapons. Dracula’s main weapon is his Blood Whip, a weapon that is comparable to the Combat Cross from the original Lords of Shadow. Replacing the magic system from the previous game are the Void Sword and the Chaos Claws. The Void Sword can replenish Dracula’s health when used while the Chaos Claws can be used to break through enemy defenses and deliver powerful attacks. The story mode in Lords of Shadow 2 has been stated to be far longer than the previous one. The game is mainly an open world allowing the player to choose what route to take. This game also features a movable camera, something that was not available in the first Lords of Shadow game. Wikipedia®. 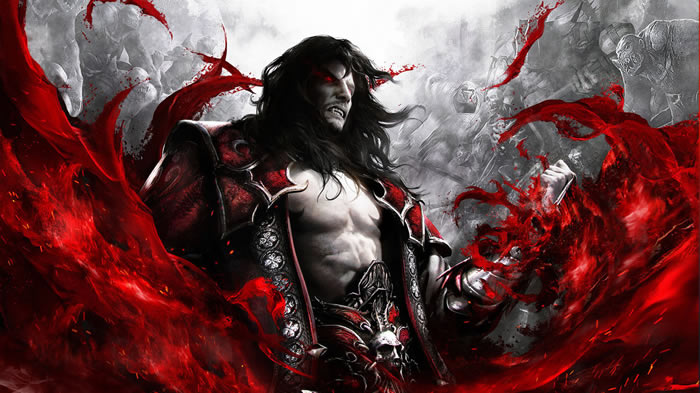