Carrier Command: Gaea Mission (CCGM) is a modern remake of the original Carrier Command (1988) by Bohemia Interactive. Carrier Command is a real-time action/strategy game, where the overarching objective is to conquer and control islands. It features a 33-island archipelago on the moon Taurus. The player’s fundamental unit is the Carrier, from which they may deploy and dock up to four aerial units and four amphibious units. Other defensive and offensive systems are present, such as drones which protect the Carrier when under attack. Battles take place in the air, on land, and in the sea. The player can take control of any deployed vehicle at any time. Traveling between islands is real-time and seamless. Islands are composed of 6 distinct climatic zones, including Wastelands, Arctic, Marshlands, Volcanic, Mountains and Temperate. The game features real-time weather changes and day/night cycles. Wikipedia®. 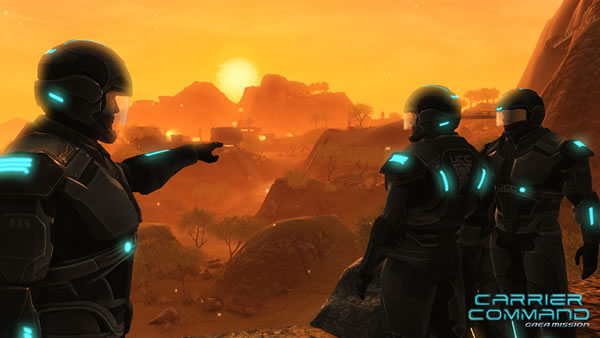