Cameron Hawthorn defies genres as an American singer-songwriter. His stunning vocals and songwriting blends elements of Americana, Country, Folk, and Pop/Rock to put him in a league of his own. Hailing from a small town in Kansas, he attributes his years of growing up in the Midwest to the authentic and honest storytelling found in his music. In his most recent work, Hawthorn has decided to sing directly and unashamedly about who he is, and through doing so has created his strongest work to date. With the underlying theme of showing your truest, most vulnerable self, Hawthorn has set out with the desire to deliver listeners the message that ‘love is love’. He expresses, “For me and for so many others, that message is beyond important. It’s a simple message, but it needs to be told right now in the world we live in”. After years of being in the closet and subtly avoiding songwriting about romantic love, Hawthorn admits “I finally decided I needed to record and release this as a part of my journey.” 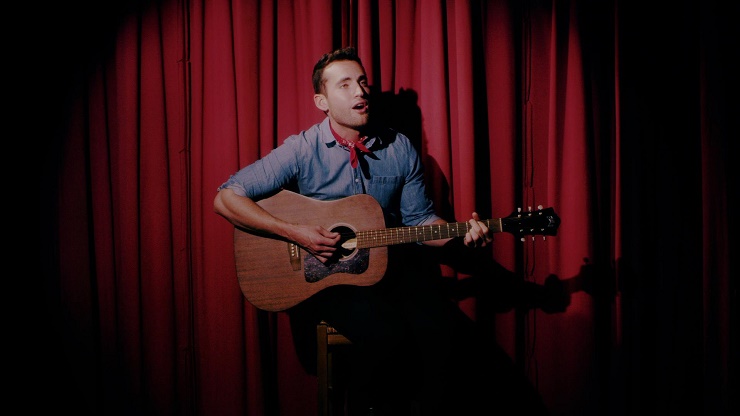 Leading single ‘Dancing In The Living Room’ narrates the feeling of dancing with a loved one in the most intimate of places. Hawthorn confides, “I remember always thinking how special it was to dance freely with my boyfriend in the living room of our apartment – being gay, it’s not as easy to dance as a couple in public together as it is for a straight couple. I wanted to express how special that moment is for a couple, when it’s just the two of you in the privacy of your own four walls”. Featuring organic instrumentation and passionate heartfelt vocals that glide gently atop the soft sweeping melodies, ‘Dancing In The Living Room’ is a wholehearted love song. The visuals further expresses the narrative, showcasing a side of Hawthorn that has never been revealed publicly. Influenced by the likes of Johnny Cash, James Taylor and Fleetwood Mac, Hawthorn aims to make music with the same raw narrative – pure and real, classy and classic. With the hope that his upcoming releases will inspire people from all backgrounds to be true to themselves, Cameron Hawthorn is ready for the world to see the next chapter of his musical journey.