Call of Duty: Black Ops II is a first-person shooter video game, developed by Treyarch and published by Activision (Square Enix for Japan). It was released on November 13, 2012 for PlayStation 3, Xbox 360, and Microsoft Windows and on November 18, 2012 in North America, November 30, 2012 in Europe and Australia for the Wii U. Square-Enix released the game for the Japanese market on November 22, 2012 as a subbed version. A Japanese voice-dubbed version was released separately on December 20, 2012. The Japanese release of the Wii U port is only the dubbed version since the console was not available in Japan in November. Black Ops II is the ninth game in the Call of Duty franchise of video games and a sequel to the 2010 game Call of Duty: Black Ops. The game was launched at 16,000 stores worldwide at midnight on November 13, 2012. Black Ops II is the first game in the Call of Duty franchise to feature future warfare technology and the first to present branching storylines driven by player choice. It also offers a 3D display option. A corresponding game, Call of Duty: Black Ops: Declassified, was released simultaneously on the PlayStation Vita. Within 24 hours of going on sale, the game grossed over $500 million, beating 2011’s Modern Warfare 3 to become the biggest entertainment launch of all time.[11] It went on to sell 7.5 million copies in the U.S. in November 2012, making it the highest grossing game of the month. The game is the first in the series to feature significant elements of nonlinear gameplay, most notably multiple endings. 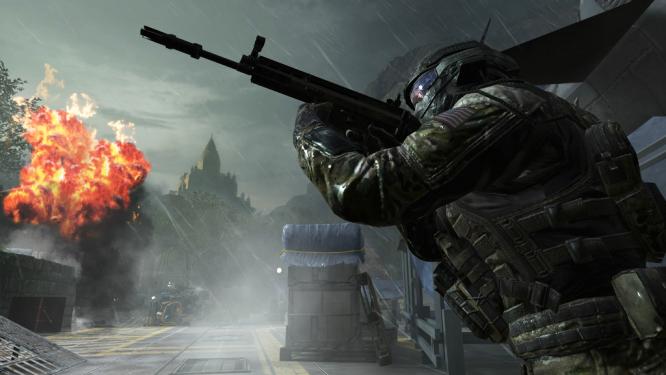