High art, high class, high gloss, high drama – meet Calista Kazuko, the High Priestess of Pop Macabre; a Goddess with a grand piano; Amanda Palmer with a Vogue makeover, a loaded gun in her handbag and an occasional accordion. Hers is a femme-fatale fusion of sophistication, glamour and smart lyrical garottes tightened around hearts and minds. Calista Kazuko is a singer/songwriter and multi-instrumentalist known for her cinematic genre-bending and controversial boundary-pushing. After studying at London’s Royal Academy of Music, specialising in classical/jazz piano and composition, Calista – daughter of the late renowned violinist Paul Robertson – has been performing and winning fans across the world with her dynamic voice and captivating songs. Her EP ‘Project: Love Me’ was released in 2017 to critical acclaim and Calista is now recording her debut solo album ‘Empress’. She founded and recently launched charity-based arts collective Voice of Aiko and is also penning her first piece of music-theatre, Mary Quake, with playwright Stephanie Martin. A composer who has written international floor-fillers under pseudonyms, Calista’s impact on the world of music – Sir George Martin has described her as “an undoubted talent” – is matched in that of fashion, where Stella McCartney has used her tracks as catwalk openers and Parisian fashion house Jitrois actually named its ‘Callista’ couture leather jacket after her. All things considered it seems that stardom has not only come knocking for Calista Kazuko, it’s calling and texting her daily. 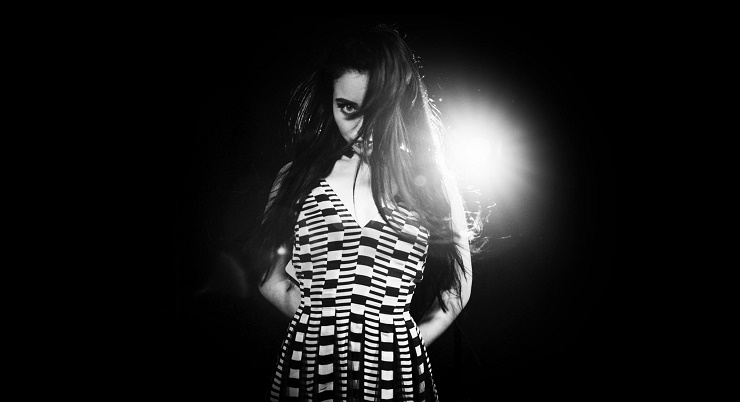 “We love to dress up on stage and this song was always our big finale number, sung in cute prison costumes Chicago style!” ‘Sweet Jailbird’ is an unequivocal showstopper, overflowing with harmony, discord, drama – and the grimiest of guitar solos. It finds Calista Kazuko at her genre-pushing, theatrical finest, as she dazzles on both vocals and piano to a irresistible score of cinematic swing and ice-cool jazz. Calista wrote ‘Sweet Jailbird’ with long-time collaborator Elliot James Frisby as a continuation to the narrative arc of ‘Press Stop & Rewind’, in which she fantasises about killing her lover. “Writing songs with Elliott is the most fun you can have in a lifetime!” says the singer. “We began to wonder what happened after the boyfriend-killing saga of ‘Press Stop & Rewind’ and thought perhaps the follow-up should be sung from prison.”