Just Enough Hip To Be Woman is a bold step forward for BRONCHO. Though it certainly bears the hallmarks of their previous work — fuzzy, guitar driven rock – the production and energy of the record moves into decidedly sleeker and decidedly more new wave directions (think Fast Times at Ridgemont High meets Drive). Tracks like “Stay Loose,” “NC-17” and “What” are the kind of pop-rock that could have easily been beamed in from the same universe that gave rise to The Cars (or a looser version of The Strokes), while the album’s first single, “Class Historian” — with its unstoppable “do do do do” vocal refrain is the kind of song that seems scientifically engineered to stick in your brain forever and is arguably best played loudly over a car stereo with the windows down and your long hair blowing in the breeze. Clocking in at just more than 30 minutes, the eleven tracks on the new record are a potent statement of intent: an effortless sounding rock record that dips its toe into a variety of different styles without ever succumbing to any of them.

Oklahoma-based garage rock band Broncho has shared a new track, “What,” from its upcoming sophomore album, Just Enough Hip to Be Woman. Offering a summation of the upcoming album, Broncho told Consequence of Sound to “think Cheap Trick meets the Drive soundtrack meets every great song from Fast Times at Ridgemont High meets the greatest after-hours party you’ve never been to.” 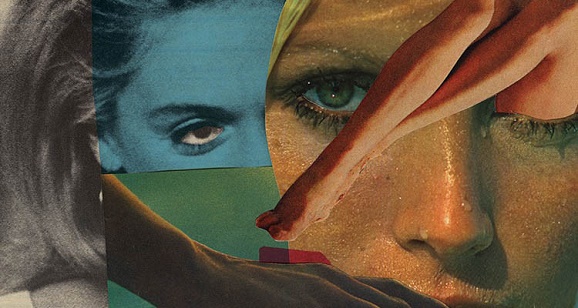