Borderlands 3 is an action role-playing first-person shooter video game that is the sequel to 2012’s Borderlands 2, and the fourth main entry in the Borderlands series. Developed by Gearbox Software and published by 2K Games, Borderlands 3 was released on 13 September 2019 for Microsoft Windows, PlayStation 4 and Xbox One. A Google Stadia port has been confirmed for a later release date. Borderlands 3 is a loot-driven first-person shooter. Players, either playing alone or in parties up to four people, make a character from one of four classes available, and take on various missions given out by non-playable characters (NPCs) and at bounty boards to gain experience, in-game monetary rewards, and reward items. Players can also gain these items by defeating enemies throughout the game. Wikipedia®. 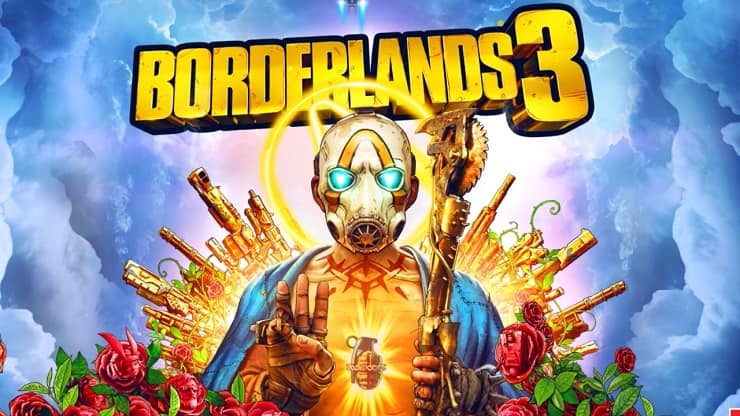 At the hard edge of the galaxy lies a group of planets ruthlessly exploited by militarized corporations. Brimming with loot and violence, this is your home—the Borderlands. Now, a crazed cult known as The Children of the Vault has emerged and is spreading like an interstellar plague. Play solo or co-op as one of four unique Vault Hunters, score loads of loot, and save the galaxy from this fanatical threat.

NOTES
“Infinite Health” and “Infinite Shield” take effect when you take damage; “Infinite Ammo” will set your ammo to max (exact value depends on the weapons); “Infinite Grenades” takes effect when you use grenades.
“Infinite Health” also works for your battle suit and vehicle.
While driving vehicles, don’t activate “Super Damage/One Hit Kill”, as it will also one hit kills your vehicle. You can use damage multiplier if needed, but you would also need to use “Infinite Health” to keep your vehicle health full.
“Infinite Exp” takes effect when you gain Exp; Also works on guardian exp. Note: this option will limit guardian level to 750.
“Learn Skills Without Skill Points” will set your skill point to zero so you won’t see the annoying message that tells you to spend unused skill points.
“Edit Money”, “Edit Eridium”, and “Edit Golden Key”: After activated, open inventory to see the values change.
“Edit Eridium”: You need to obtain at least one Eridium for it to work.
“Edit Golden Key”: You need to obtain at least one Golden Key for it to work. To get golden keys early in the game, use the shift code (enter it in Main/Pause menu-Social-Shift) ZFKJ3-TT3BB-JTBJT-T3JJT-JWX9H to receive 3 golden keys.
“Edit Guardian Tokens”: Open guardian level screen to see the value changes. You may want to set it to 0 afterward to avoid the game keep telling you to spend remaining tokens.
“Max Drop Rate”: While activated, every enemy will drop 7-10 items. Note: this option does not affect item rarity.
“High Legendary Drop Rate”: While activated, each item dropped from enemies will have 10%-20% chance being a legendary item.