Synopsis: Chulki (30 yrs old) who just got of prison kills a police officer and junk shop owner in order. He carries a small ballerina music box with old memories. Chulki leaves for Kangwon province in order to find the remaining two people in his memos, Ghostface (42 yrs old) and Axe (38 yrs old).
Ghostface and Axe commits murder by order of their Boss (52 yrs old) and becomes a wanted criminal. The two hide out at an illegal gambling house in Kangwon province run by the Boss. Commiting all sorts of crimes all their life, the two have no where left to run.
Taeyeon (25 yrs old) is a female con artist working at the gambling house. She seduces rich men at the casino and lures them to the house and gets paid for it. But the real reason she came to this place is to meet her father. Chief monk Sungkwang who resides in the temple is her father. She visits the temple daily to give prayers. They both know who each other are but do not talk about it.
Ghostface and Axe were always a pain in the Bosses’ ass, but now the Boss finds a way to make use of them. He accumulated a huge debt due to failure in a luxurious resort construction deal, and has to get this mineral water business up in order to pay out that debt. And at the heart of the water spring is Mt. Maebul. The Boss orders Ghostface to go see the owner of Mt. Maebul who lives at the little temple.
Chulki who is in vein for finding Ghostface and Axe, gets injured by their henchman Hakbong. He passes out and finds himself lying at the little temple of Mt. Maebul. He meets Taeyeon, and gains interest in this con artist and devoted Buddhist.
Eventually the Ghostface gang brutally murders the monks of Mt. Maebul temple. But the Boss finds out that the chief monk had an heir and becomes furious. The Boss being fed up by the brutality of Ghostface, orders Axe to kidnap Taeyeon. But just as Axe successfully kidnaps her, Chulki appears in front of him and after a dogfight finally finishes Axe off. Just before his last breath, Axe vaguely remembers where he saw that ballerina music box.
After hiding Taeyeon at a safe place, Chulki goes after his last hunt Ghostface. But Chulki is ambushed by Ghostface’s henchmen and becomes captive. In their long anticipated reunion Ghostface does not remember Chulki at all. Just as Ghostface was starting to torture Chulki the Boss appears. The Boss having been pushed into a corner, now wants Ghostface to get rid of Taeyeon and flee to Thailand with a false passport. Ghostface holds off his encounter with Chulki and goes looking after Taeyeon.
Chulki barely escaping captivity finally finds Ghostface again, but he is already dying being betrayed by his peers. Before his last fight with Chulki, Ghostface wants to get revenge with the Boss. Chulki gladly accepts the request.
After killing the Boss and his son, Ghostface returns to Chulki. The exhausted Ghostface gets an electrifying chill by this fight with a complete stranger. Chulki proposes they pick up the knife just as the music box stops. Ghostface gets lost in memories as he sees the music box. He remembers his relationship with Chulki. 12 years ago, when he worked as an illegal security guard, he killed Chulki’s parents in a shantytown while raping and murdering his older sister.
Now Ghostface remembering everthing, Chulki gets his final revenge by killing him. Finally at peace, Chulki says farewell to Taeyeon and leaves the village.@ koreanfilm.or.kr 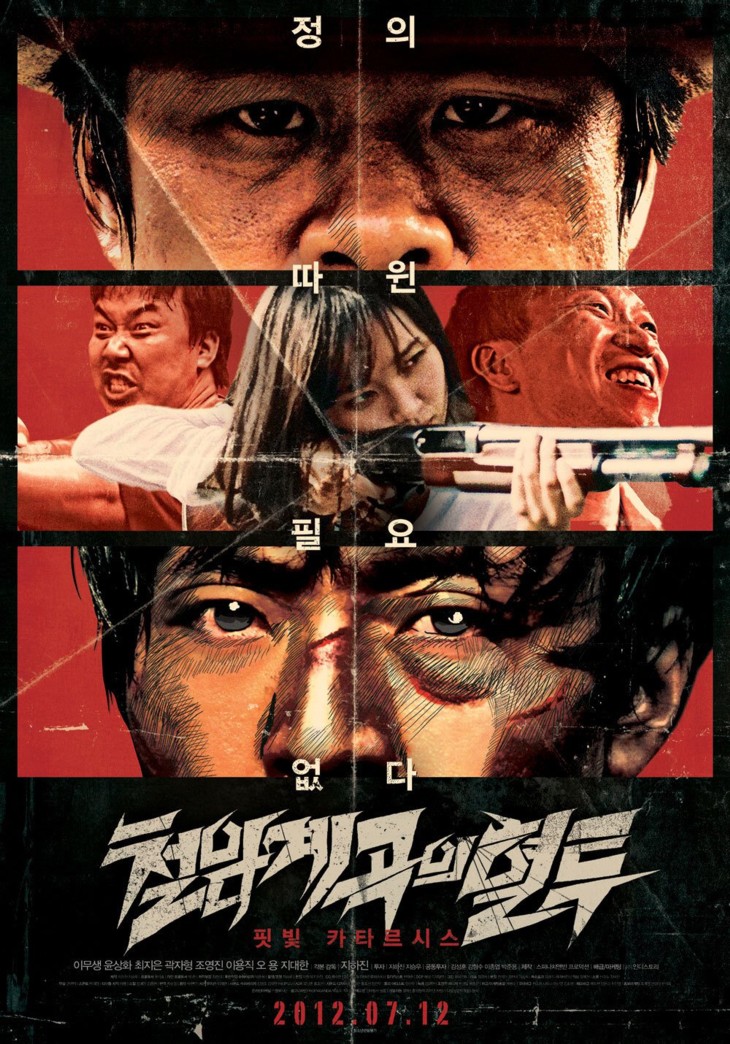