Basia Bulat – Tall Tall Shadow. It’s the third album by the Toronto singer-songwriter and her most personal to-date. Raw and spectral, heartbroken yet jubilant, these ten songs tell the story of a very hard year in the artist’s life and all the love that helped her through it. Whereas the singer’s past two LPs, including 2008′s Polaris-nominated Oh, My Darling, were made in Montreal’s all-analogue Hotel 2 Tango studio, Tall Tall Shadow is a more modern thing. This is a record with echo and reverb, electronic flutters and electric autoharp, voices that charge and incandesce around buzzing guitars, lonely piano and rattling percussion. To get to this place, Bulat co-produced the album with, Tim Kingsbury and Mark Lawson. Kingsbury, a member of Arcade Fire, “can play anything,” she says. Lawson, who has worked on records with Akron/Family and Colin Stetson, and who won a Grammy for his work on Arcade Fire’s The Suburbs, is a studio alchemist; “he hears [new] things” in Bulat’s songs.They started recording in Toronto, at a reverberating 60-year-old dance hall. Once again, Bulat put together a band: her brother, the punk-inclined drummer Bobby Bulat; Holly Coish on
keys and backing vocals; Kingsbury and Ben Whiteley on guitars and bass. 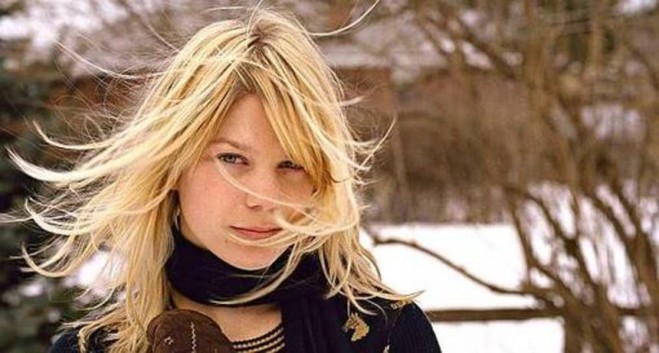 One song features Whiteley’s father, the folk legend Ken Whiteley, on gospel organ. But Tall Tall Shadow isn’t acoustic folk music: like Beck’s Sea Change or Buckingham Nicks, chord and strum are a launchpad for wilder sounds. Bulat’s goal was to keep challenging herself. “Promise Not to Think About Love,” with shimmying bass and dancing handclaps, is the poppiest track she has ever released. “It Can’t Be You,” played on an Andean charango, is one of the simplest. “Never Let Me Go” is all crescendo, a woman in a storm, and the title track reaches soaring for another day: has there ever been a better showcase for Bulat’s powerhouse voice? For her steam-train heart?”Two months before I was due to begin recording, I suffered a deep loss,” Bulat says. “I kind of started over.” She started; and she didn’t stop.