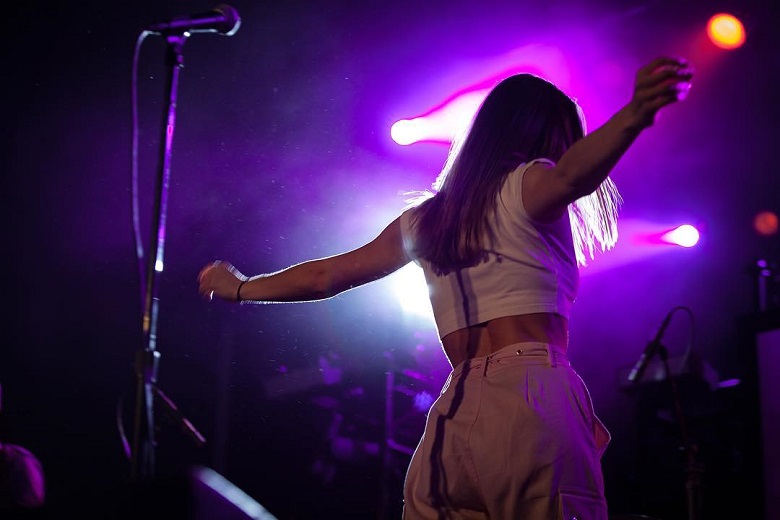 Baby Raptors – Warriors of the Weekend

Baby Raptors is the brainchild of Brooklyn artist, Tora. Collaborating with Brooklyn based producers, Party Supplies, John Young and Evan Marien on recent projects to create a retro synth wave future electro pop sound.
She released one of the first augmented reality VINYL covers. The augmented reality can be triggered by downloading the free Baby Raptors app and using the artwork to the EP cover for an interactive experience. Her vision is to combine cutting edge technology with retro music to create an experience that is both wildly futuristic as well as nostalgic. Her EP release party at Brooklyn’s famed music venue, House of Yes, featured 3D light mapping as well as retro 80s aerobics footage – for example.
Her debut single, “I Am My Only Love” produced by Fools Gold Records producer, Party Supplies, charted top 40 in the UK Dance charts and paved the way for the Deluxe EP which featured collaborations from John Young, Evan Marien and a remix by Armin Van Buuren protege NSFW. The music video for the next single, “Strings”, off the EP features World Yo Yo Champion, Gentry Stein in another throwback to bringing retro into the now. You can even purchase a special edition Baby Raptors Yo Yo with every purchase of VINYL in stores across Europe. Check out more at www.babyraptors.com