Just a few short weeks after remixing BC Kingdom’s “Locked Up,” Los Angeles MC Azad Right returns with the premiere of his brand new single “Hello.” For listeners unfamiliar with Right’s sound, “Hello” is an aptly-titled introduction to the up-and-comer. Azad is currently working on a new album titled For The Hopeful, which fans can expect to be released later in the year.

Azad Right – Hello Lyrics:
Verse 1
My hair grown out, but I’m still the same kid
I got some buzz, but I still push the same whip
I got my team, yeah I’m still wit’ the same kids
Passin’ women ’round, never fuck the same bitch

Twice, when you see me, best salute me like your captain
Sippin’ on some Pinot in the ‘cuzzi when I’m rappin’
Pussy on my lap, watchin’ movies, I’m relaxin’
We smoke and then I fuck her, then usually I’m nappin’

Woah, I’m that lazy when I’m high, chillin’ like a fan
I’m mad crazy when I rhyme, feelin’ like the man
People hate me when I ride, still I’m in demand
Don’t ask about my next move, kill it is the plan

Ride around the city, sittin’ pretty wit’ a biddie
And you doubled back quickly when you see them big titties
Lookin’ at her chest’ll take away your breath
So when you see her breasts, just know that we the best, easy

I don’t discriminate, I’m tryna taste it all
You ready to take it all? Then baby, go take it off
Don’t talk too much or you prolly gon’ make me soft
But if you ride it like a G then I’m prolly gon’ make a song

‘Boutchu… shit, or at least a line or two
I’m never fine dining you, you let me hit it mad quick
I won’t lie, when I met you, you was kinda cool
But now you tryna boo me up and I ain’t down for that shit

I know my roll baby girl and I play it well
Your man tries too hard, he be takin’ Ls
Yeah, keep it all the way 100 wit’ him
When I’m around, you ain’t fuckin’ wit’ him, let ’em know

Uh, get out my way, tell ’em that I found my voice
Plus there ain’t a muhfuckin’ doubt that my sounds on point
Fresh as fuck like an ice cold Gatorade
I’m talkin’ ’96 Jordan with the fade away

I’m talkin’ throwbacks, high top uptowns
Walkin’ ’round school lookin’ for a fat butt now
Back when I had no idea how that money felt
I used to rap just to rap, now it’s somethin’ else

It turned into my career man the times change
The payin’ me to perform, I guess rhyme pays
It’s still surreal that everybody’s screamin’ my name
But every time I get home, I kiss Moms on the cheek and say… 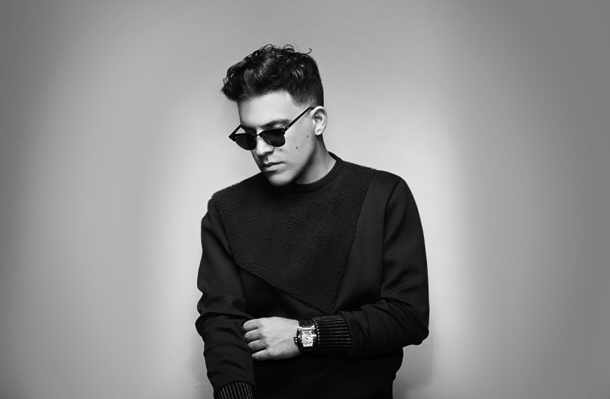