Having kicked off 2016 with the release of his debut EP, London-based experimental emcee Ash Shakur continues to make waves in the British music scene with his follow up project ‘Hare Colours’. Combining his inherent poetic wit, with clever wordplay and an effortless flow, the EP sees Ash rap over a selection of beats from different producers, showcasing his versatility as an artist. Speaking on the project Ash describes it as “an expression of emotions and different moods as each song relates to a particular colour. It represents the times we are in, it’s here to create an impact and start conversations.” Following on from his debut, ‘Hare This’ – ‘Hare Colours’ comes as the second in a trilogy of projects connecting fashion, art and music. 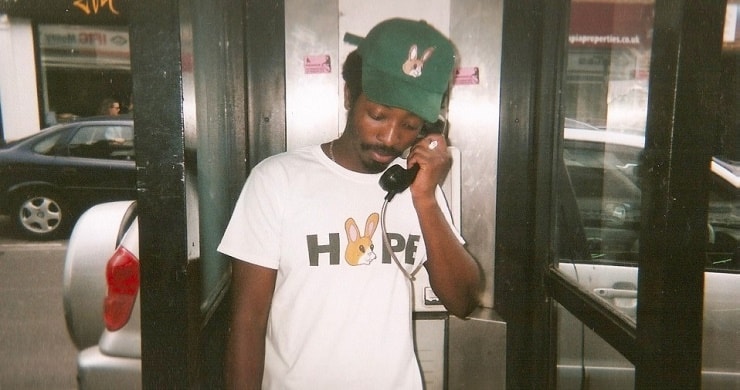 ‘Shine’ kicks off the EP as a statement of intent for the young artist. Rapping over a languid beat, supported by a deep rolling bass and phased guitar Ash’s positive attitude radiates throughout the track as he predicts his bright future “you can’t deny my success, you can’t doubt my future”. Lead single, ‘We’re Here’ is a summery, soulful track and is the epitome of Ash’s laidback attitude and ambition to create his own lane and not pay attention to what others are doing. Keeping his listeners on their toes, ‘Depends On How The Day Goes’ starts with a classic Rick James sample before Ash dives headfirst into his signature flow, whilst ‘Remedy’ ramps up the energy giving Ash the chance to shine on an up-tempo beat. An all-round creative, Ash took his first foray into music when he was creating illustrations whilst listening to classic hip hop instrumentals from the likes of Outkast, Nas and Mobb Deep. He takes full control in his artistic direction, designing his own artwork and clothes and, co-directing his visuals.


Co-directed by Frank Ocean collaborator Vasilisa Forbes (A.K.A girl in green glitter in the ‘Nikes’ video), the video is a modern day look at the classic Romeo and Juliette story and speaking about the track Ash says “Many things factor into why our generation may not always feel the need to get married and be with the same partner forever for ever ever for ever ever. I wanted to take a well-known Shakespeare play and give it my twist and flip the narrative around.”

Bringing originality back to music, Ash is not afraid to think outside the box and succeeds in bringing a fresh, unorthodox style the British hip-hop scene with his unique cadence and positive storytelling. Tackling current topics and issues in today’s world, Ash’s thought-provoking material has caught the attention of underground radio stations such as Reprezent and Radar and the likes of Noisey, Earmilk, Complex and Indie Shuffle. Filling the void with music that he feels the current hip-hop scene is lacking, ‘Hare Colours’ comes as a refreshing body of work and the perfect project to cement him as one of the standout artists in the British music scene. “These are the things I want to see, these are the things I want to hear” – the perfect quote to sum up the musical ambition of the young wordsmith.