Now that the trance family has had time to fully digest Armin van Buuren’s Intense artist album, the official remixes have started to roll in. Armada’s own Protoculture proved up to the task, taking on Cindy Alma’s uplifting vocals in “Beautiful Life.” The South African producer stripped down the tune, letting the lyrics shine against a more progressive bridge as opposed to the original’s extended melody. Labeled as a sneak peak there’s no word yet on the release date, but what is certain is that there are more Intense remixes where that came from.

Intense is the fifth studio album by Dutch trance producer and DJ Armin van Buuren. It was released on May 3, 2013. 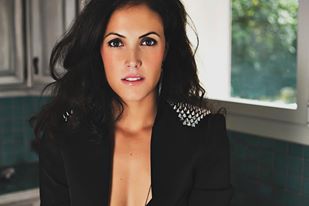 Cindy Alma sings with a passion and strength that leaves you no choice but to let her in and surrender control. Her performance pours from the heart revealing to you the essence of her being. True to her lyric, she ‘becomes love’ and like the most powerful muses of our time, she captivates and inspires. Your mind and body become hers as she weaves her deepest emotions with sensual dance rhythms infused with pop melodies, all painted with hints of her cultural up bring. Cindy grew up in a house of many cultural influences. Born in Marseilles, France to a French Algerian father and French Moroccan mother, diverse musical taste was abound. Artistry began for Cindy at the very young age of 14, when she won a local singing contest. The result was a televised appearance that turned heads and thus began her professional singing career. Cindy immediately caught the attention of star maker Jason Flom, who lent his skills and developed her performance level to that of pure professionalism. Understanding that her songs were at the heart of who she was and would be the center of her career, Cindy signed with world renowned publisher Cherry Lane Music (home of superstars such as The Black Eyed Peas, John Legend, and David Cook). Currently, Cindy is working with top level producers from the US and Europe in preparation.

Come and step into the light.
Let the beatings in your heart out.

We finally know how to be free.
Let it in, take off, you’re with me.
It’s how I feel everything for the first time.

It’s such a beautiful, beautiful life.
Well then your days will lead here tonight.
Oh oh.
Just close your eyes.
And break a kiss from nights forever.

We finally know how to be free.
Let it in, take off, you’re with me.
It’s how I feel everything for the first time.

A kiss that lasts, that’s forever.