“Music is a universal healer,” says Cleveland native and Billboard charting National Recording Artist Antoine Dunn. Smooth and soulful are words that describe Antoine Dunn, the man and his music. Dunn’s sound channels a timeless style, embodied by Donnie Hathaway, Roberta Flack, Stevie Wonder, and Ray Charles—all sources of inspiration for his music. Contemporary artists such as John Legend, John Mayer, Alicia Keys, and Adele round out the myriad of styles from which he draws. With his debut single “Can’t Forget” and the follow-up single/video “Miss My Love” charting in the Top 20 on the Billboard Chart, singer/songwriter/musician Antoine Dunn is swiftly proving to be the next great soul man. The 25 year-old Cleveland-born natural is that rare complete package of soul that seems to only come along about once in a decade. 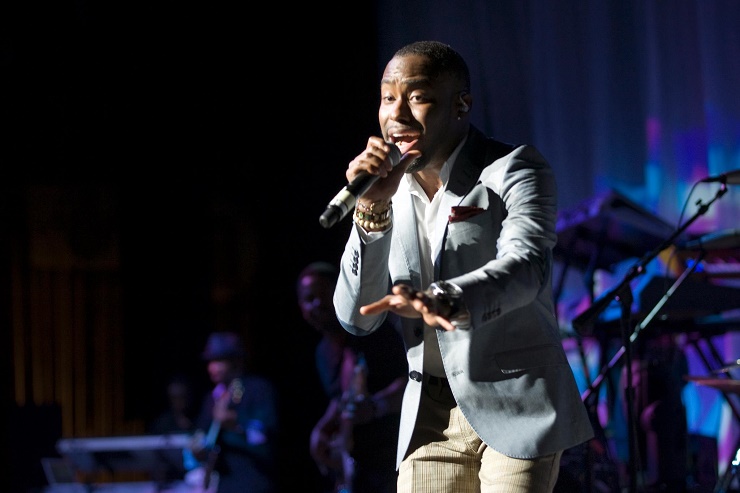 Dunn’s early musical explorations were fostered by his aunt, Veronica Dunn. Her career as a professional gospel singer provided her the insight to see and support the musical genius he exhibited at a very young age. Throughout his young career, Dunn’s music has garnered him opportunities to perform nationally as well as abroad. Antoine went on to be picked up as the opening act of Anthony Hamilton’s national “Back to Love Tour” (with Estelle) where he received glowing reviews. A journalist from Examiner.com wrote in her review of his opening set at Detroit’s legendary Fox Theatre, “Those that had made the wise decision to arrive early experienced a powerful show filled with passion, heart and profound musicianship. Antoine Dunn possessed a familiarity with the stage so often lost on newcomers.” On a blog, a fan writing under the handle MsSchelle87 beamed, “I am so in love with his sound. It reminds me of that old school soul. Wow – finally real music and a powerful voice along with it is back.”

Antoine is all about music’s power to bring people together. “Holistically, so much keeps us separated – sexual preferences, economics, neighborhoods. My goal is to help break down barriers. At a concert when everyone is vibing on the music, no one cares whether the person sitting next to them has the exact same beliefs that they do. As an artist, I want to do things that reveal me as unlimited in my creativity and with the purpose of unity.”