Anno 1800 is a city building real-time strategy video game, developed by Blue Byte and published by Ubisoft, and launched on April 16th 2019 in North America. It is the seventh game in the Anno series, and returns to the use of a historical setting following the last two titles, Anno 2070 and Anno 2205, taking place during the Industrial Revolution in the 19th century. Following the previous installment, the game returns to the series’ traditional city-building and ocean combat mechanics, but introduces new aspects of gameplay, such as tourism, “blue-printing”, and the effects of industrialisation influences on island inhabitants. Anno 1800 takes place in the 19th century at the dawn of the Industrial Age. The game will feature a story campaign, a sandbox mode, and multiplayer mode. Like Anno 2205, the game will feature multi-session gameplay, though unlike its predecessor, combat and city-building sessions will not be separated. Furthermore, randomly generated maps, AI opponents that build on the same map as the player, in addition to shippable trade goods and items will make a return from the previous installments of the series. Wikipedia®. 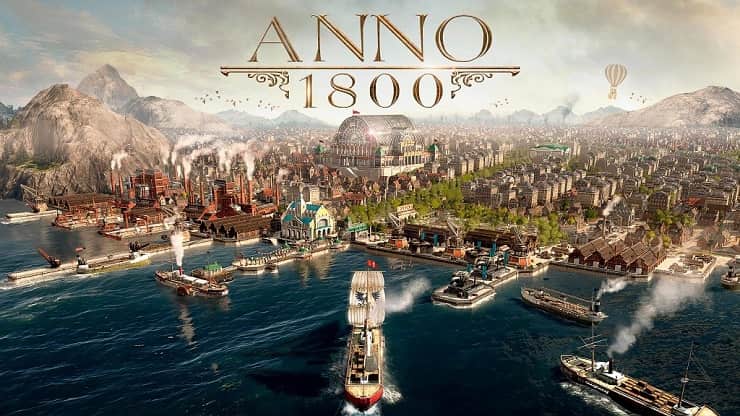 Anno 1800™ – Lead the Industrial Revolution! Welcome to the dawn of the Industrial Age. The path you choose will define your world. Are you an innovator or an exploiter? A conqueror or a liberator? How the world remembers your name is up to you. In Anno 1800, players will take charge of their own fortune as they navigate the rapidly evolving technological landscape and malicious political arena of the 19th century in their quest to build an empire that will reach from the smog-filled cities of Europe to the teeming jungles of South America. Combining beloved features with innovative gameplay, Anno 1800 is the beginning of a new era for the Anno franchise as players leave their mark on a crucial moment in human history.